The Second Law of Thermodynamics (Second Law) indicates that "heat spontaneously flows" from hot to cold, from warm to cool (Univ. Winnipeg).

This Dredd Blog series has focused on the quantum physics aspects of that law, in terms of seawater melting glacial ice.

In today's post, let's dig a bit deeper so as to take into consideration three processes involved in heat transfer:

Under the kinetic theory, the internal energy of a substance is generated from the motion of individual atoms or molecules. Heat energy is the form of energy which transfers this energy from one body or system to another. This heat transfer can take place in a number of ways:

Conduction is when heat flows through a heated solid through a heat current moving through the material. You can observe conduction when heating a stove burner element or a bar of metal, which goes from red hot to white hot.

Convection is when heated particles transfer heat to another substance, such as cooking something in boiling water.

Radiation is when heat is transferred through electromagnetic waves[quanta, photons], such as from the sun. Radiation can transfer heat through empty space, while the other two methods require some form of matter-on-matter contact for the transfer.

(ThoughtCo, emphasis added). More on that:

"Heat transfer, any or all of several kinds of phenomena, considered as mechanisms, that convey energy and entropy from one location to another. The specific mechanisms are usually referred to as convection, thermal radiation, and conduction (see thermal conduction). Conduction involves transfer of energy and entropy between adjacent molecules, usually a slow process. Convection involves movement of a heated fluid, such as air, usually a fairly rapid process. Radiation refers to the transmission of energy as electromagnetic radiation from its emission at a heated surface to its absorption on another surface, a process requiring no medium to convey the energy.

Transfer of heat, whether in heating a building or a kettle of water or in a natural condition such as a thunderstorm, usually involves all these processes."

(Encyclopedia Britannica, emphasis added). It would seem that when seawater is in contact with glacial ice, all three processes of heat transfer could take place.

But, what complicates this picture is the word "spontaneously", as it is used when describing the Second Law, because the word means:

in a way that is natural, often sudden, and not planned or forced:
without any obvious outside cause: "

(Cambridge English Dictionary). The first two processes (conduction & convection) are obviously not purely spontaneous then, because they require contact between the molecules of the hot and cold entities or atmospheric molecules between them.

The radiation of photons is the only candidate for "spontaneous" heat transfer it would seem.

This begs the question: "is photon radiation 'spontaneous' because it is gravity induced?"

I say that because gravity is not 'outside' either the seawater or the ice, rather, it is inside both of them in one sense, and outside (surrounding) both of them in another sense.

A cubic meter of ice has less mass per cubic meter than the seawater will, thus the ice will have less gravitational force in that (thought experiment) environment.

That gravitational difference may be one factor that acts upon the molecules of seawater to cause/trigger a radiation of infrared photons.

Think about it, the seawater molecule's electrons that have absorbed infrared photons have no radar or cell phones (/snark) to detect the cold ice near them, but the glacial ice's gravity does make 'contact' with those seawater molecules, and vice versa (within a certain distance ... actual molecular contact is not necessary).

Let's just say, then, that I suspect a bit of "teleology" involved with the "spontaneously" concept (On The Origin of Genieology - 2).

And let's just get back to observation as a safer method of being certain that hot flows to cold (spontaneously or not), and let's listen to the observers (and our own observances) when appropriate.

Remember, it is a fact that the glaciers and ice sheets are melting (e.g. Retreat of Humboldt Gletscher, North Greenland, Driven by Undercutting From a Warmer Ocean, Rignot et alia, 2021).

This dynamic has been exalted into the realm of myth, because it is not calculated properly (Build Your Own Thermosteric Computational System).

It is neither, it is a minor cause of both thermal expansion and thermal contraction of the oceans. 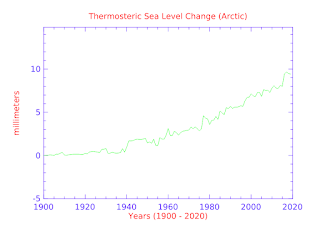 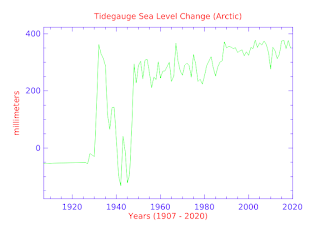 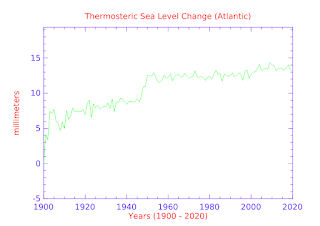 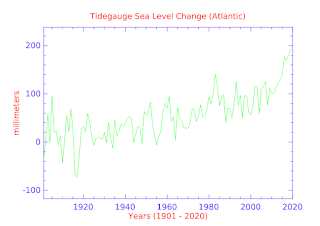 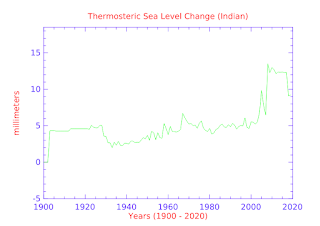 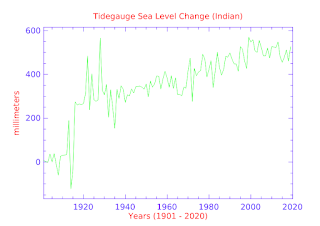 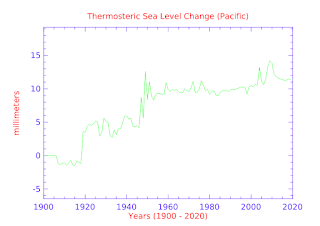 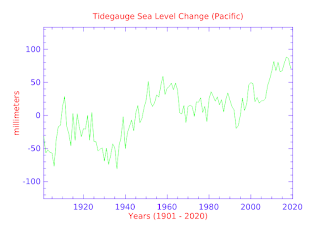 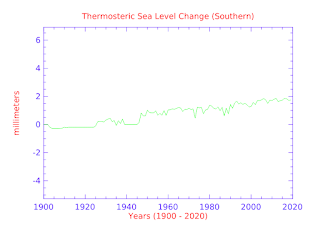 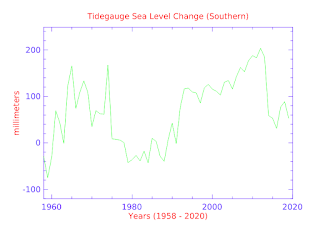