I finally found some Omicron nucleotides in GBFF (GenBank) format at this link.

There were 4 genes said to be genes of the Omicron variant of the SARS-CoV-2 virus.

I wrote a C++ program that searched for them in my SQL database.

The following report was generated by that software:

I used the same SQL database that I used in my previous post here (it has all the Coronaviridae viruses in it).

It begs the questions that I have raised before: "where are the researchers getting these viruses, their genes, and/or their nucleotides?"

I question the practice of acquiring the viruses in a war zone (i.e. in the streams of blood and fluid flowing in a person or animal with COVID-19), or in fact anywhere else a damaged virus may be confused with an undamaged virus.

The proper location for extracting a bona fide undamaged SARS-CoV-2 virus is inside its host microbe.

A host microbe that has not been damaged by chemical toxins such as antibiotics.

The problem is that nobody seems to know which microbes host the SARS-CoV-2 virus, whether it is mutualistic to its host or pathogenic to its host (On The Origin of the Genes of Viruses - 17).

Maybe that is because there are few human cells in/on us compared to the microbe cells that replicate viruses (How Microbes Communicate In The Tiniest Language).

Further, the nebulous practice of assuming recombination is something that viruses do to themselves is getting very fanciful:

"Though, whether SARS-CoV-2 undergoes genetic recombination has been largely overlooked to date. Recombination-mediated rearrangement of variants that arose independently can be of major evolutionary importance. Moreover, the absence of recombination is a key assumption behind the application of phylogenetic inference methods. Here, we analyse the extant genomic diversity of SARS-CoV-2 and show that, to date, there is no detectable hallmark of recombination."

(No detectable signal ... recombination in SARS-CoV-2). Antibiotic bombing of the microbe host of SARS-CoV-2 will "recombine the shrapnel", i.e. the virus' RNA pieces being generated (as well as the more complex DNA pieces of the host microbe) as the sophisticated machinery inside that microbe decomposes into rubble (see videos below).

Will virologists pick up the pieces and write stories about "natural selection" selecting what matters most?

Today's post is about the virus realm called "Coronaviridae".

That virus realm is discussed in the context of several subgroups that are called "Alpha, Beta, Delta, Gamma, and Mers" since they are distinguished that way in the GenBank database.

Each subgroup will be covered by reports and graphs.

The two report formats are Report A ("compare") and Report B ("detail").

The Report B ("detail") contains the values related to a particular virus in each subgroup.

The Report A ("compare") contains the results of a comparison of each virus in the group to the original (oldest) virus in that group.

Report "type A" has the following format:

It is simply the characteristic values of the genes of the viruses to wit:

Report "type B" uses the same data, however, "type B" is a comparison report, showing the results of comparing all the subsequent gene data lines with the first virus data, to wit:

In the comparison reports, if the compared values at each virus' NL, GC, GB_1, GE_1, GL_1... location match the original values of the first virus, then a 'y' is shown, otherwise an 'n' is shown.

Here are the links to the detail reports (Alpha, Beta, Delta, Gamma, Mers)

Here are the links to the comparison reports (Alpha, Beta, Delta, Gamma, Mers)

Here is the link to the graphs (Graphs; Note that the gene lengths are averages for that virus).

The purpose of this post, like a couple of other posts on the subject, take a look at the data on the viruses and discuss whether or not the virology reports make sense.

The story told by the commercial virologists (those who work for Big Pharma corporations) is that viruses contemplate their environment and make changes to themselves so as to make themselves more virulent, more pathogenic.

That is, viruses engineer their own evolution via 'recombination' and the like (e.g On The Origin of Genieology - 2).

There is no consensus:

"Although RNA viruses were initially thought to experience only limited recombination, both experimental studies and analyses of the rapidly growing database of viral gene sequences have revealed not only that recombination [or damage] occurs in many families of RNA viruses, but also that it can sometimes have a major impact on their evolution, emergence and epidemiology. Indeed, recombination has been associated with the expansion of viral host range increases in virulence, the evasion of host immunity and the evolution of resistance to antivirals. However, despite the growing evidence for the action of recombination in RNA viruses, the evolutionary reasons for its occurrence remain uncertain."

(Why Do RNA Viruses Recombine, emphasis added). But my argument in this series is that the evidence does not support the 'uncertain' hypothesis (accord "Here, we analyse the extant genomic diversity of SARS-CoV-2 and show that, to date, there is no detectable hallmark of recombination", bioRXiv).

The evidence tells me that the GenBank genomes analyzed in this series indicate that the genomes exhibit evidence of a mass destruction of the microbes that host the Coronaviridae realm, which leads to malformed (not recombined) viruses.

The reports contain the actual measurements of genes and nucleotides in the Coronaviridae viruses so you can peruse the results.

The graphs show how those measurements change in a very haphazard way over a relatively short time span.

This haphazard mixing is not the way change happens, except in chemical warfare.

Take for example, the 1918 epidemic virus that was recovered and reactivated after some eight decades (On The Origin Of The Home Of COVID-19 - 9).

The comparison of the Alpha, Beta, Delta, Gamma, and Mers phases of the Coronaviridae viruses have virtually no matching values to speak of like the 1918 virus segments have.


Genes have to do with quality and quantity of arms, legs, eyes, ears, toes, and the like (humans would not even be born without the advent of a virus gene).

When human genomes, (including the most abundant genomes in us: microbes), are damaged the result is a loss of the quality and/or quantity of arms, legs, eyes, ears, toes, and the like (Teratology).

The two videos give us an idea of the delicate, complicated, intricate, and utterly awesome machinery that replicates viruses inside microbes (think mutualistic replication).

If that machinery is damaged when antibiotic and other toxins attack and damage or destroy the microbe's replication machinery, then defective viruses will be the result. 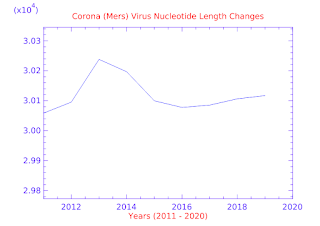 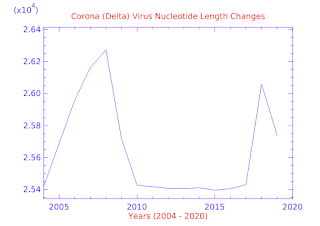 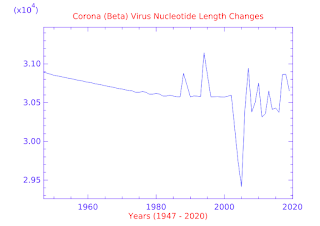 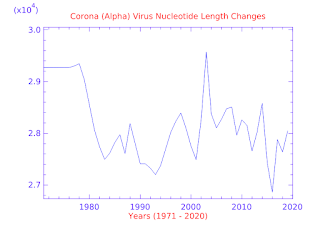 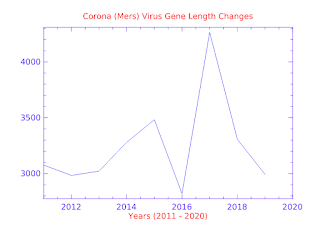 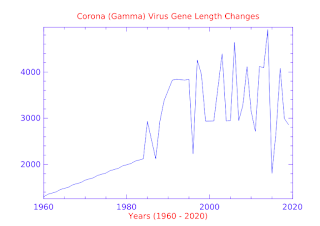 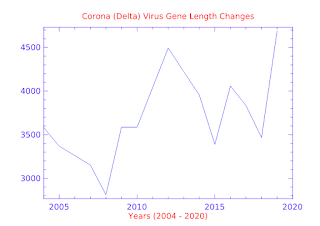 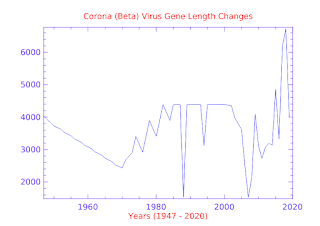