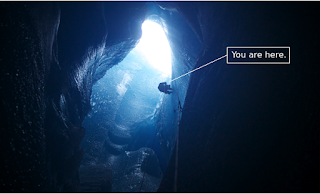 I thought it was time to come up to the surface for some air.

I am getting closer to finishing the subsurface zone program that places WOD-13 data into an SQL database of specialized tables.

What a challenge, but also it is a fun adventure.

The way they organized their zones, and the way they name their files from those zones, makes it doable.

Their data files are named according to the WOD zone the data came from.

The synchronization of WOD<->Dredd Blog zones is especially doable since they also use latitude and longitude coordinates for each of their zones.

I mean, each "cast" has longitude and laitutude coordinates so I can identify the Dredd Blog zone those casts are in with little effort.

Thus, tide gauge records kept for decades to centuries can team up with the WOD subsurface data in the context of "bite sized" geographical zones in a way that is more easily digestible than the gloss-over "global mean average" silly millimeter thingy is.

The design of the software code is like the preprocessor of a software compiler.

I mean a compiler that converts a human programming language into the language of a computer chip (CPU).

The exercise is basically declaring an expectation then seeing if the expectation is met.

(As I code and test the object oriented code, the compiler preprocessor is often telling me "I was expecting this but I got that, ERROR! fix it!")

Any one byte mistake reading those millions of 0-9 digits, which have no distinguishing characteristics on the face of it, other than those expressed in the WOD manuals, makes for a tough development project.

Anyway, I also want to use all the different WOD record types (e.g. CTD and PFL) to forge a tightly knit granularity, which makes for data covering many years, many depths, and many histories.

Remember that we are in search of, among other things, the origin of the "see saw" or "sea saw" phenomenon in the great ocean depths.

Additionally, we are trying to wean the surface skimmers off the myth of "thermal expansion is the major cause of sea level rise" and similar trances (Choose Your Trances Carefully, 2, 3, 4, 5, 6).

Now, back to the diamonds of the depths.