In this series we are following the Dawn Mission which is now orbiting the "asteroid" or "dwarf planet" Ceres located within the Asteroid Belt.

The Asteroid Belt is located between the planets Mars and Jupiter.

In the previous post of this series we took note of the odd "pyramid mountain" that is higher than any mountain in the continental U.S. (Dawn Mission Nears Ceres Orbit Maneuvers - 2).

One of the inquiries ongoing in this series is whether we have better evidence now that Dawn's orbit is closer to Ceres than the International Space Station is to the Earth.

The Dredd Blog post Weekend Rebel Science Excursion - 46 details some of the fundamentals of that hypothesis or theory.

The speculation about Ceres having an ocean within it is getting some more consideration too.

The dynamic involved, which advances the notion of a subsurface body of salt water, is similar to dynamics on Saturn's moon Enceladus (Weekend Rebel Science Excursion - 40).

Anyway, the increased analysis of Ceres is in part stimulated again by a newly discovered ice-salt dome now visible near the center of Occator Crater, the location of the "bright spots" (see Fig. 1, Fig. 2, and the video below).

On Enceladus, water reaches the surface and is vented into space, which eventually builds one of the outer rings of the planet Saturn.

The dynamic taking place on Ceres, like Enceladus, is that some of the subsurface water is forced up to the surface.

Enceladus has extreme venting of water because the powerful gravity of Saturn creates serious pressures within Enceladus.

On Ceres there is no such pressure, so the forces there slowly form a dome of salty ice, then as the ice sublimates it leaves a salty residue (an ice volcano dynamic).

IMO this is more evidence of a fairly recent (in cosmological time scales) planetary catastrophe which blanketed the solar system with craters caused by pieces of the planet being blasted out in all directions.

The reason I say "recent" is that all the water would have by now oozed out if these two bodies were formed billions of years ago.

The explosion that destroyed a planet and left a rock pile of debris in our solar system, IMO took place millions of years ago, not billions.

If it had been billions the water would have been gone long ago because that water is a finite resource on a small dwarf planet.

Evolution From Left To Right - 7

Themes along these lines are simply other ways of saying "our civilization is dying":

(A Study of History, by Arnold J. Toynbee). As it turns out, technological "progress" has given the trump card to our civilization, in the sense or lack of sense that we can destroy all human life several times over, which no other civilization was exceptional enough to be able to do.

What drives current social evolution, the eye of the storm as it were, is rebellion from the prophecies of our forefathers and foremothers:

War is the parent of armies; from these proceed debts and taxes; and armies, and debts, and taxes are the known instruments for bringing the many under the domination of the few. In war, too, the discretionary power of the Executive is extended; its influence in dealing out offices, honors, and emoluments is multiplied: and all the means of seducing the minds, are added to those of subduing the force, of the people.

The same malignant aspect in republicanism may be traced in the inequality of fortunes, and the opportunities of fraud, growing out of a state of war, and in the degeneracy of manners and of morals, engendered by both.

No nation could preserve its freedom in the midst of continual warfare.

Those truths are well established." - James Madison
"If Tyranny and Oppression come to this land, it will be in the guise of fighting a foreign enemy." - James Madison
“Experience has shown that even under the best forms of government those entrusted with power have, in time, and by slow operations, perverted it into tyranny.” – Thomas Jefferson
“If a nation expects to be ignorant and free, in a state of civilization, it expects what never was and never will be." - Thomas Jefferson

And here we are lost in space even with a host of visionaries in our social genealogy.

We have a president who helped destroy the people of a nation because his popularity was at stake (MOMCOM And The Sins of Libya, 2, 3).

He followed in the footsteps of the madman president that preceded him, which is not all that exceptional or unique.

And now we have more madmen and women than usual clamouring for their chance to proceed with the mechanisms of depraved heart murder (Oil-Qaeda & MOMCOM Conspire To Commit Depraved-Heart Murder, 2, 3).

They all want to be pilots (The Elections of Pontius Pilots, 2, 3, 4, 5) or perhaps co-pilots (Inside Job and/or Conspiracy?).

Either way, power wannabes are droning on to the sounds of a dull, primitive roar.

After all, the mass murder of the people on this planet is a big business that is not well understood (You Are Here).

The heroes warriors of this predicament have also evolved to the wrong, while calling it evolution toward the right:


In 1982, historian Joseph Ellis summed up such sentiments in a prophetic passage in an essay titled “Learning Military Lessons from Vietnam” (from the book Men at War):


“[V]irtually all studies of the all-volunteer army have indicated that it is likely to be less representative of and responsive to popular opinion, more expensive, more jealous of its own prerogatives, more xenophobic -- in other words, more likely to repeat some of the most grievous mistakes of Vietnam … Perhaps the most worrisome feature of the all-volunteer army is that it encourages soldiers to insulate themselves from civilian society and allows them to cling tenaciously to outmoded visions of the profession of arms. It certainly puts an increased burden of responsibility on civilian officials to impose restraints on military operations, restraints which the soldiers will surely perceive as unjustified.”

Ellis wrote this more than 30 years ago -- before Desert Storm, the invasions of Afghanistan and Iraq, or the launching of the War on Terror. These wars (and other U.S. military interventions of the last decades) have provided vivid evidence that civilian officials have felt emboldened in wielding a military freed from the constraints of the old citizen army. Indeed, it says something of our twenty-first-century moment that military officers have from time to time felt the need to restrain civilian officials rather than vice versa.

Additional coverage of the paper that Dr. Hansen talks about in the video below, is covered more by A Paper From Hansen et al. Is Now Open For Discussion, 2, 3

01:02-loss of all coastal cities could happen this century

04:40-the most important effect of global warming, is sea level rise

A transcript of the following video is available here.


The previous posts in this series are Why Sea Level Rise May Be The Greatest Threat To Civilization, 2, 3, 4, 5.
Posted by Dredd at 6:02 AM 6 comments:

"As from a green zinc coffin, a woman’s
Head with brown hair heavily pomaded
Emerges slowly and stupidly from an old bathtub,
With bald patches rather badly hidden;

Then the fat gray neck, broad shoulder-blades
Sticking out; a short back which curves in and bulges;
Then the roundness of the buttocks seems to take off;
The fat under the skin appears in slabs:

The spine is a bit red; and the whole thing has a smell
Strangely horrible; you notice especially
Odd details you’d have to see with a magnifying glass…

The buttocks bear two engraved words: CLARA VENUS;
—And that whole body moves and extends its broad rump
Hideously beautiful with an ulcer on the anus." 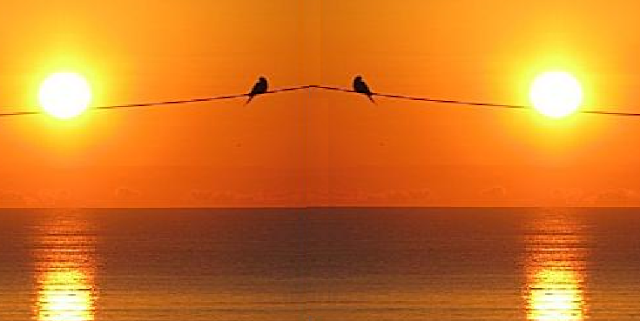 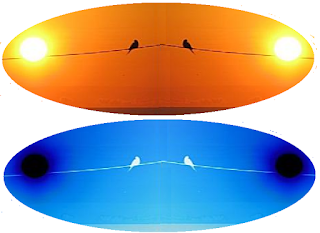