Like the ghost water phenomenon that is no longer ghostly (NASA Busts The Ghost), the disintegration of the Arctic Polar Vortex continues unabated (e.g. Fig. 1).

Like the ghost water issue, I have written about this ongoing Polar Vortex disintegration we are now watching and feeling (Watching The Arctic Die, 2).

The reality is that the Arctic Polar Vortex continues to suffer pieces breaking off into smaller pieces in winter time (in fact I was watching the Weather Channel a few minutes ago while they were talking about "two pieces" of the vortex causing extreme cold in the U.S.A. even as we blog ... "when this warm air flows north like this it splits the polar vortex into several pieces in some cases" - Dr. Gregg Postel).

The NSIDC graph at Fig. 2 shows that the Arctic Ocean's sea-ice cover is at it lowest ever recorded (for this time of year) right now as the cold moves south and the strong warmer winds flow north.

This record low sea ice extent in the Arctic is taking place as we here in "the states" are and have been seeing record cold in some places.

Even the President, a climate change denier, noticed and mentioned that it would be ok to have some "global warming" to ease the coldness.

These very cold pieces of the Arctic Polar Vortex separate or break off then flow south until they meld and blend into the warmer air until equilibrium takes place (e.g. Second Law of Thermodynamics).

I have mentioned this here on Dredd Blog for several years, in various contexts:


The strife caused by the extreme weather is being blamed on a “polar vortex", a spinning wind that in normal years has a beneficial effect in that it keeps sub-zero air trapped above the North Pole. A weakened polar vortex has allowed the trapped air to spill out of the Arctic and hurtle south in an anti-clockwise movement across the face of the US.

Just why the polar vortex has proved to be too weak to contain the cold air this winter will be a matter for intense scientific study and debate for some time to come. The phenomenon might in large part be explained by the natural changes in climate that occur in the Arctic in winter, including the North Atlantic Oscillation that has a dominant impact on wind patterns and storm tracks in the region.

But Noaa, a federal agency, has also floated the possibility that a reduction in summer sea ice cover caused by climate change could be a factor behind the weakening of the polar vortex. That would have the paradoxical effect that while Arctic waters are getting warmer, North America experiences much colder snaps such as the present severe weather as a result of Arctic air spilling out from the North Pole and moving south.
A mechanism to explain how the behavior of the stratosphere may affect tropospheric weather patterns has been proposed by scientists at the University of Illinois. If correct, the idea could be included in models to better understand the climate system and predict the weather.

“Recent observations have suggested that the strength of the stratospheric polar vortex influences circulation in the troposphere,” said Walter Robinson, a UI professor of atmospheric sciences. “We believe there is a weak forcing in the stratosphere, directed downward, that is pinging the lower atmosphere, stimulating modes of variability that are already there.”

The polar vortex is a wintertime feature of the stratosphere. Consisting of winds spinning counterclockwise above the pole, the vortex varies in strength on long time scales because of interactions with planetary waves global-scale disturbances that rise from the troposphere. “The polar vortex acts like a big flywheel,” Robinson said. “When it weakens, it tends to stay weakened for a while.”

Other researchers have noted a statistical correlation between periods when the polar vortex is weak and outbreaks of severe cold in many Northern Hemisphere cities.

“When the vortex is strong, the westerlies descend all the way to Earth's surface,” Robinson said. “This carries more air warmed by the ocean onto the land. When the vortex is weak, that's when the really deep cold occurs."
Under normal climate conditions, cold air is confined to the Arctic by the polar vortex winds, which circle counter-clockwise around the North Pole. As sea ice coverage decreases, the Arctic warms, high pressure builds, and the polar vortex weakens, sending cold air spilling southward into the mid-latitudes, bringing record cold and fierce snowstorms. At the same time, warm air will flow into the Arctic to replace the cold air spilling south, which drives more sea ice loss.

The Horrid Voice of Science
by Vachel Lindsay

“There’s machinery in the
butterfly;
There’s a mainspring to the
bee;
There’s hydraulics to a daisy,
And contraptions to a tree.

And I hope all men
Who think like this
Will soon lie
Underground."

Email ThisBlogThis!Share to TwitterShare to FacebookShare to Pinterest
Labels: religion

Since it is nearing the end of this year, 2017, and also nearing the beginning of 2018, let's finalize the understanding of the Dredd Blog efforts to find a balanced usage of WOD in situ measurements with which to calculate thermal expansion and contraction values.

What was missing was the "golden" for World Ocean Database measurements (WOD).

During that exercise I discovered that the Dredd Blog seven level depth system did not sync well with the WOD Thirty-Three Level depth system (Oceans: Abstract Values vs. Measured Values, 2, 3, 4, 5, 6, 7).

Another issue was that during the year I switched to using the TEOS-10 toolkit for thermal expansion calculations, which required specialized measurement usage.

By "pair" I mean that both of those measurements are taken at the same time and same depth.

That pair requirement decreases the number of measurements that can be used to calculate the TEOS values, because the datasets have varying numbers of single measurements.

When the TEOS-10 toolkit is used those software functions generally require salinity, temperature, and depth values from the same time and depth in order to render a valid result (especially those associated with calculating thermal expansion and contraction).

The difference in quantity of measurements and WOD Zones that can be used (when doing thermosteric calculations vs. calculating only temperature alone, salinity alone) can be seen by perusing Fig. 3a, Fig. 3b, and Fig. 4.

What causes that can be grasped by looking at the measurement totals in the graphic at Fig. 5.

All of those in situ measurement numbers that end in an odd number are not composed completely of pairs.

Many are single measurements of either salinity or temperature, but not both, at a given depth, thus those measurement singularities cannot be used when calculating thermosteric sea level or ocean volume changes values with the TEOS-10 toolkit.

For that matter generally, any other TEOS values which require paired in situ measurements can't be calculated with a single temperature measurement or a single salinity measurement.

As it turns out, the Zones that contain pair-measurements (Fig. 3b) end up being the "Golden 271" Zones for purposes of thermosteric calculations, while the larger numbered list of Zones (Fig. 5) can and must be used for other purposes.

In conclusion, I hope that eventually the establishment scientific community begins to look into the roots of the beginning of the misconceptions about thermal expansion hypotheses that allege but do not prove that thermal expansion is the major factor in sea level change.

Happy Holidays To All 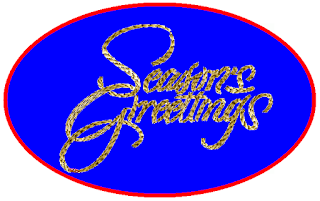