In today's post I want to express some thought experiments about, in general, heat in the form of photons in seawater, but specifically, where do most of the photons emerge and/or lodge in seawater?

It is a question that scientific literature does not seem to explore a lot, except for the realm of visible electromagnetic photons (a.k.a. 'light').

The electromagnetic realm I am contemplating in today's post is infrared photons which are not visible to our eyes.

We can feel electromagnetic infrared photons though, because they are also called 'heat'.

"Radiant heat, also known as thermal radiation, is the transfer of electromagnetic radiation which describes the heat exchange of energy by photons. Radiant heat is a mechanism for heat transfer which does not require a medium in which it propagates (unlike convection and conduction). All substances above absolute zero have thermal energy, which means that the particles contained in them have some form of motion. This motion of the particles contributes to the temperature of the object, with objects of 'ordinary' temperatures (less than 1000 Kelvin) emitting their radiant heat primarily in the infrared spectrum of light. The photons emitted by these moving charged particles will travel at the speed of light until they hit another particle, which absorbs its energy as kinetic energy."

(Radiant Heat, emphasis added). In seawater, as mentioned in the previous post of this series, those photons can reside in several different molecules/atoms:

Ocean model calculations as well as white-board non-quantum calculations concerning heat transfer (via hO) from the seawater into the glacial ice are likely to underestimate the melting of the ice unless they consider a sort of hidden 'game changer'.

That is, the photons from the seawater can radiate from three atoms (two hydrogen, one oxygen) in H2O molecules, but also from even more atoms in the molecules of the 'salinity' (SA) elements (Cl−, Na+, SO24−, Mg2+, Ca2+, and K+).

Thus, the seawater-originating photons radiate into the glacial ice that generally contains only H2O molecules, i.e. no 'salinity'.

Nevertheless, more photons ('heat') end up in the glacial ice H2O than were in the seawater H2O due to the 'additional' photons emanating from the 'salinity' quanta portion of seawater.

(Quantum Oceanography - 7). I think I have some support for this in today's graphs constructed from World Ocean Database data.

They indicate that an increase in photon mol (a.k.a. mole) content can take place based upon the seawater's Absolute Salinity (SA), not just Conservative Temperature (CT) alone.

The graphs cover Antarctic areas/sectors as shown in Fig. 1 (some graphs could not be made for some areas due to a dearth of in situ data there). 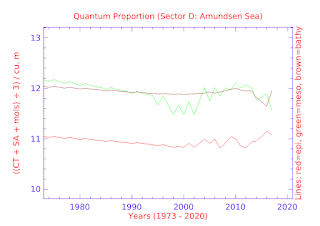 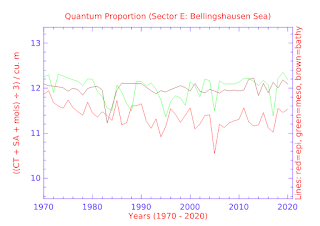 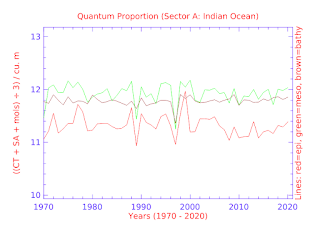 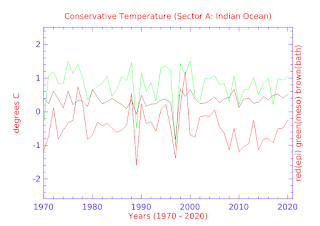 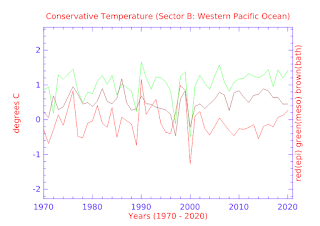 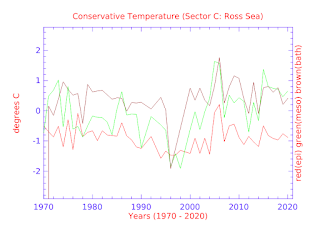 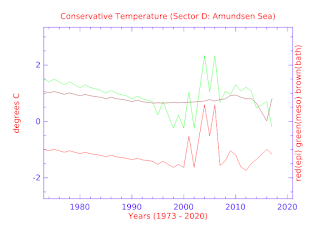 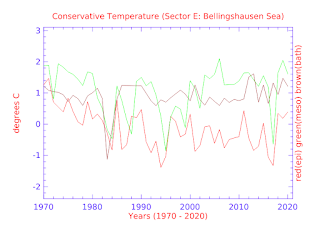 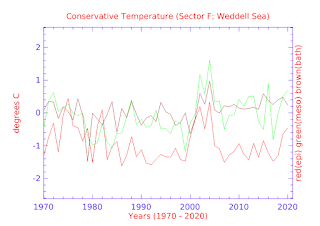 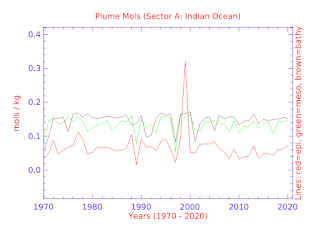 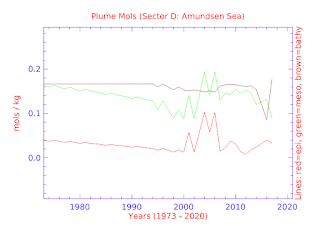 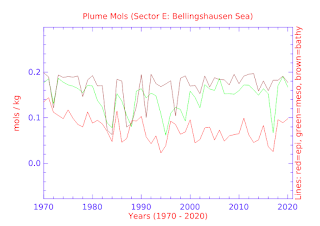 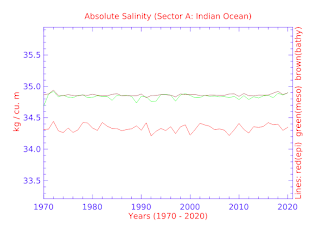 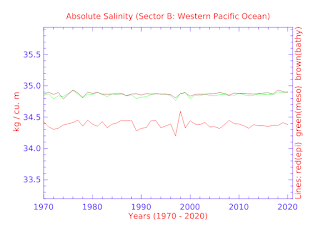 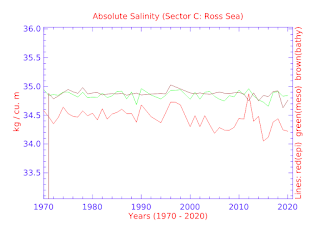 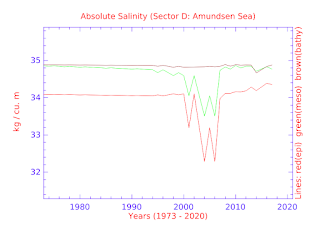 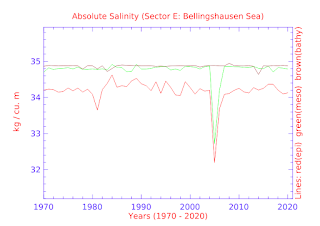 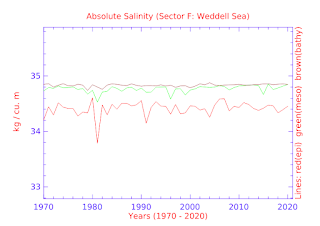