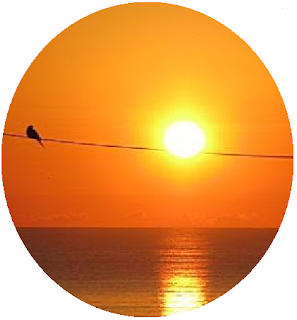 I. A Quick Review

Textbooks (along with the scientific consensus) in recent years have told us that Antarctica is "stable", that East Antarctica is not melting, and that most Cryosphere loss is due to surface melt and glacial calving:


"The dogma was that Antarctica was 'stable' in the sense of not being subject to surface melt or demise ('the one reassuring point has been the apparent relative stability of the eastern (and, by far, larger) half of the Antarctic Ice Sheet' - Science, 2013; The Case for a Stable East Antarctic Ice Sheet: The Background, 1993)."

(Antarctica 2.0). But as sea level rise accelerated while supposedly "stable" Antarctica supposedly "just stayed the same", another mantra to explain the obvious inordinate increase of the sea level was sought after.

That slush fund hypothesis itself expanded and contracted as new research and observation challenged it, because "thermal expansion is the main cause of sea level rise" was not a well thought out hypothesis.

Never-the-less, it became "the go-to guy" explanation for filling in the "worse than previously thought" blanks.

On page 68 (p. 78 PDF) there is a table of maximum and minimum temperatures ("11.1. Temperature Standard unit or scale: Degrees Celcius or centigrade (°C)").

To put them to work I have written a software module that uses the average of the maximum and minimum (max + min ÷ 2) as a stable source of temperatures for calculation purposes (stable calculation of thermal expansion).

The in situ (measured) temperatures generally change with depth and ocean area as shown by the billions of in situ measurements recorded in the WOD database used here at Dredd Blog ("To the contrary, when we run 5.5 billion or so in situ measurements through the TEOS-10 toolkit ...").

In order to stabilize temperature flow analysis dynamics for the purpose of observation and testing the hypothesis I have used the WOD manual values at Appendix 11.1 in the manual.

But I have generated the requisite year to year changing-of-temperatures by letting them be determined by the GISS surface temperature anomaly data known as GISTEMP (see On Thermal Expansion & Thermal Contraction - 19 and here).

In other words the GISTEMP changes from 1880 to the present are applied to the WOD manual's standard temperature range averages to generate a long data chain with which to further observe and further test the "thermal expansion is the main cause of sea level rise" hypothesis.

This stream of values provides a stable, standard test bed with which to apply thermal expansion calculations from the TEOS-10 software.

The appendices to this post are composed of HTML tables and graphs of the combined WOD and GISTEMP values and results.

Here is the menu of links to specific appendices:


The cumulative totals for each ocean area are as follows:

IV. Falsification Or Verification A Hypothesis

The "thermal expansion is the main cause of sea level rise" hypothesis is falsifiable.

Falsifying a hypothesis that is based upon "principles" requires invalidation of those principles (What Is Hypothesis-based Science?).

For this exercise, the WOD numerical values for CT, SA, and depth are not significant points of contention, because any sequence of valid values between the WOD maxima and minima will suffice.

The values I used are the mean averages of the WOD table's maxima and minima.

Likewise, the numerical values for modifying the CT values (the GISS anomalies list) from GISTEMP are not significant points of contention, because again, any sequence of valid GISS values that modify the list of WOD maxima and minima can be used.

The values I use show a stable CT pattern that matches the stable pattern of the official GISTEMP anomalies from 1880-2019 (see the graph appendices in Section III).

Deriving the mass values for the WOD zones at the official 33 depth levels is similar in the sense that I use a peer reviewed value for the mass of the ocean (Build Your Own Thermosteric Computational System).

Likewise, the mass value for each zone in the ocean areas is a derivative of that value in the sense that it is calculated using trigonometry to derive a zone's seawater mass (the zones do not all have the same mass due to the curvature of the globe).

The zone boundaries, in terms of latitude and longitude cause the mass unit to vary.

That is true for each depth level slice which are based on the 33 WOD depths listed in Appendix 11 of the WOD Manual.

The depth level numerical values for mass are not significant points of contention either, because they do not alter the principles that determine thermal expansion or contraction.

(see Build Your Own Thermosteric Computational System). Likewise, to determine the thermal expansion or contraction amount, in terms of millimeters, one divides the thermosteric volume change by the cubic kilometers it takes to raise sea level by one millimeter, which is 361.841 (ibid).

The principles involved to validate or falsify thermal expansion values are not changed merely because the values of temperature, salinity, and depth change.

Change in those values is to be expected, but the amount of change is dependent on sound principles applied in a coherent manner.

As we can see, the "thermal expansion is the main cause of sea level rise" hypothesis can be falsified.

The reality is that thermal expansion is a minor factor in sea level rise.

Tidewater glacier melt below the sea surface (in Greenland and in Antarctica) is the major cause of sea level rise.

This is an appendix to: On Thermal Expansion & Thermal Contraction - 43