Some Way Out of Here

This post has been moved to the Ecocosmology blog.
Posted by Dredd at 7:34 AM 4 comments:

This blog plans open threads upon request or as needed. But at least once a week.

If you can't find a subject in the main posts, use an open thread to express your opinion or inform others on any subject.

Share your thoughts.
Posted by Dredd at 3:24 PM 4 comments:

Two scientists who are well respected by their peers were being interviewed about the subject matter of "deceit".

The word "deceit" is defined as concealment or distortion of the truth for the purpose of misleading; duplicity; fraud; cheating.

One of the two scientists who participated in that interesting interview is a world renowned professor of linguistics at MIT.

He astutely pointed out the work of another truth seeker, while integrating some of his own competent views:

(Origin of Deceit, emphasis added). But if you have read most anything, you will know that Chomsky is a persona non grata in establishment propaganda circles.

He is dismissed as an intellectual. In other words he is "not real".

After the people had looked at the matter, first in the form of a grand jury, then later in the form of a criminal petite jury, they convicted a well known business person in a very large US company of deceit and conspiracy to deceive the public.

This week a Federal Appeals Court affirmed the conviction:


"Enron crashed into sudden bankruptcy. An initial investigation uncovered an elaborate conspiracy to deceive investors about the state of Enron’s fiscal health. That conspiracy allegedly included overstating the company’s financial situation for more than two years in an attempt to ensure that Enron’s short-run stock price remained artificially high."

Hey, it is official. Noam Chomsky is an intellectual and he is very, very real.

Read the Wikipedia piece at the end of this post to review the history of "muckracking".

Competent journalism is not like the "dirty laundry" tune by the band The Eagles, which sought to expose or protest against a type of reporting which is more like rumor and gossip mongering:

I make my living off the evening news
Just give me something-something I can use
People love it when you lose,
They love dirty laundry

Otherwise the media is simply a propaganda exercise.

Check it out. There is a good purpose for "bad news":

History of Muckrakers
Posted by Dredd at 11:43 AM No comments: 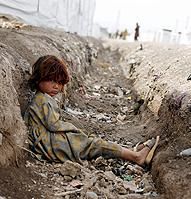 Thousands of fellow humans die from the worst possible death, starvation, every day. Somewhere around 85% of these starvation deaths occur in children 5 years of age or younger.

Why are we letting 16,000 - 30,273 of the most beautiful children die (depending on who is saying it) the worst possible death everyday?

Every 2.43 - 5 seconds (depending on who is saying it) another one of our fellow brothers and sisters dies of starvation. Starvation doesn't just happen on Tuesday September 11, 2001, it happens everyday, 365 days per year, 24 hours per day, it never stops.

Our governments are not helpless, they are hapless at this juncture in time.

It's The Peace Stupid 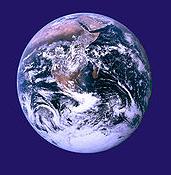 Remember those "It's the economy stupid" bumper stickers?

Concerning the Gaza war I take no sides.

How can I side with people who are killing other people (men, women, and children) because they or someone else has convinced them this is the way to live life on this planet?

So, I must support the UN cease fire efforts and hope the killing ends soon.

One of the techniques of propaganda is to create sides, then entice people to take a side. Any side will do. A divided populace is easier to manage.

Here are several techniques [it got "lost", so Wayback Machine Version] they will try on you.
Posted by Dredd at 8:15 AM 2 comments: