Will The Military Become The Police? - 9

This series is not as controversial, following the revelations about the Ferguson, MO police militarization, as it once was.

When I first began this series, on May 5, 2010  it focused on the tension between the military becoming the police and certain federal laws criminalizing such behaviour (Will The Military Become The Police?).

One curiosity  was the use of the military to police New Orleans years after a "natural" disaster.

The military was giving out traffic tickets years after the disaster we call Hurricane Katrina (ibid).

Naturally, I thought of martial law, but I did not make up the purported reason for an expectation of martial law, no, actually, as was pointed out in another post of this series, it was the military that had expressed those inclinations:

The expression of "economic collapse, terrorism and loss of legal order are among possible domestic shocks" seems to include climate change events and economic collapse scenarios (and of course the catch-all code word "terrorism").

I took a look at the flow of military equipment to Ferguson, MO, because it seems to involve an ongoing "race war" (described by another code word "loss of legal order").

The actual meaning of the code word is "public protests because of the murder by police of young black teens."

I found the state of Missouri site where they give their official viewpoint:


The Department of Defense Excess Property Program (1033 Program) is authorized under federal law and managed through the Defense Logistics Agency's Law Enforcement Support Office (LESO) in Ft. Belvoir, Va. The 1033 Program provides surplus DoD military equipment to state and local civilian law enforcement agencies for use in counter-narcotics and counter-terrorism operations, and to enhance officer safety. The Missouri Department of Public Safety is the sponsoring state agency responsible for administration of the 1033 Program in Missouri.

We have seen unarmed, peacefully protesting crowds accosted by very expensive military armored vehicles, with police officers on top of them in full military regalia, pointing machine guns at those citizens (got paranoia?).

The Missouri application for such military equipment explains:


Property available under this agreement is for the current use of authorized program participants; it will not be requested nor issued for speculative use/possible future use. Property will not be obtained for the purpose of sale, lease, loan, personal use, rent, exchange, barter, to secure a loan, or to otherwise supplement normal LEA or State/local governmental entities budgets. All requests for property will be based on bona fide law enforcement requirements. Under no circumstances will property be sold or otherwise transferred to non-U.S. persons or exported. Loaning to non-participants of the DLA LESO Program is not authorized.

With that in mind, the FOIA request presented to the Pentagon, which I discussed the previous post of this series, has some interesting data.

Of those counties it has been said:


"Jackson County is a county located in the western portion of the U.S. state of Missouri ... the second most populous county in the state (after St. Louis County). Although Independence retains its status as the original county seat, Kansas City serves as a second county seat and the center of county government ... According to the Mormon religion, Jackson County was the location of the Garden of Eden" (Wikipedia, Jackson County, MO).

"Cole County is a county located in the central portion of the U.S. state of Missouri to the south of the Missouri River ... Its county seat is Jefferson City, the state capital. The county was ... named after ... an Indian fighter and pioneer settler, who built Cole's Fort in Boonville" (Wikipedia, Cole County, MO).

One wonders why these counties asked for and received the largest amounts of military equipment (not forgetting that Pentagon data may not have professional quality).

That wonder is enhanced even more by the fact that the Pentagon FOIA data indicates that St. Louis County received equipment with a value of only $10,000 (1 item, "ROBOT EXPLOSIVE ORDNANCE DISPOSAL") under the 1033 Program.

In contrast, the videos and photos of Ferguson (in St. Louis County) show that armored vehicles were received (or came from some other non-Pentagon source) by the Ferguson police.

Those armored military vehicles have a value of up to $733,000 each according to the 1033 Program data concerning other counties.

So, my guess is that the equipment is moved about from time to time, or the location is kept secret (because "during a war" one does not want "the enemy" to know where one's stuff is does one)? 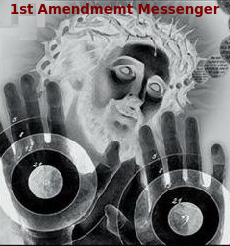 It is quite an education to look closely into FOIA data from the Pentagon.

I have been busy (sorry I missed posting yesterday) writing computer programs to analyze the FOIA data about the 1033 program as a explained in the last post I did.

When data entry software is not tightly written the data entry folks will input data differently and it makes the data difficult to use.

So. obviously my first exercise was to conform the data so that it can be useful to analytical programs I am developing (I really do like letting the computer do the work on large databases, because it would take years to do it by hand).

For example there were a few "unknown" or "blank" entries for "county" but they did manage to enter data for the state column or field.

The descriptions of the military equipment varied on almost everything, nevertheless one could manage to, for example, discern whether it was a rifle or a pistol.

I still plan to integrate some Census Bureau information into the basic databases.

At first blush it was obvious that some counties are more violent, brutal, and military oriented in their policing than other counties are.

I plan to secure some demographic data about the counties to compare the militarism of the police with percentage of minorities and other factors.

In general, I see the social science associated with this data as supporting the general theme expressed in the series Symbolic Racism: A Look At The Science - 3.

On that note, have you noticed that the DOJ has opened a second Ferguson investigation as to the general habitual racism at work in police departments there.

Perhaps they should read some of these posts that will be coming out as I now work to analyze the data after having cleaned it up.

I have downloaded data from the Census Bureau for integration into the "will the military become the police" databases.

The Census Bureau data will need no cleaning whatsoever, and is a professional example of how to do databases and spreadsheets.

Some of the example data they have compiled for all states and counties:

I will be able to present relevant information on some of those topics for comparison.

I expect that the police and citizenry, to a relevant degree, in counties which hog military hardware, will have demographics (democrapics?) that are of a certain cultural amygdala.

Will The Military Become The Police? - 8

I've been having some fun with the "1033" Pentagon program data.

It is in a .csv file that I downloaded from the internet.

It is a database concerning military hardware that has been given to various police departments around the nation.

Such as Ferguson, MO, as well as some 2,585 counties in every state in the United States.

The information was not entered into the spread sheet or database with sufficient care, so I wrote some programs to clean it up.

There are 243,492 rows of data, with 8 columns or fields of information in each row.

Each row is one transaction where various types and amounts of military hardware were delivered to one of 2,585 counties in the U.S. and abroad.

The programs I wrote convert the comma delimited files into text, html, and SQL data.

Here is a log file for the processing of counties in the state of Texas:

The name of each county where military equipment was sent is listed, the state, which state in the list of 54 "states" it represents (TX=1) number of counties in that state which got military equipment (168), and the amount of time to load, clean, and insert into the SQL database (x secs).

One thing I noticed right away is that the longer it took to process a particular county, the more equipment that was sent to that county, and hence the more militarized police in those counties will tend to be.

Once I get it all worked out I plan to make a condensed report based on queries to the SQL database.

I will share the results with Dredd Blog readers.

Hope you all had a nice labor day weekend.