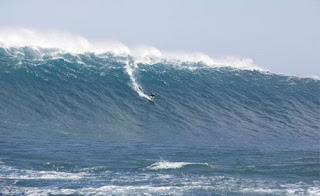 ‘In The Wave-Strike Over Unquiet Stones’

the brightness bursts and bears the rose
and the ring of water contracts to a cluster
to one drop of azure brine that falls.
O magnolia radiance breaking in spume,
magnetic voyager whose death flowers
and returns, eternal, to being and nothingness:
shattered brine, dazzling leap of the ocean.
Merged, you and I, my love, seal the silence
while the sea destroys its continual forms,
collapses its turrets of wildness and whiteness,
because in the weft of those unseen garments
of headlong water, and perpetual sand,
we bear the sole, relentless tenderness.

What Does The Word "Whoever" Mean?

I looked "whoever" up in a dictionary which defines "whoever" as: "whatever person : no matter who."

"Is that too simple for some to grasp?" I wondered as I read:


"Whoever ... willfully uses any part of the Army or the Air Force as a posse comitatus or otherwise to execute the laws shall be fined ... or imprisoned not more than two years, or both."

Would it narrow "whoever" down if one asks themselves "who can command the military to execute the laws?"

Especially if we note that the "national guard" is not "the Army or the Air Force."

"Whoever" is becoming a new word, then, in the sense that military commanders cannot order their troops to do that because it would be an illegal order which soldiers are duty bound to disobey:

(U.S. Northern Command). The military says they get it, but what if their Commander in Chief ("CIC" ... pronounced "sick") does not get it?

In this case, it would seem that the CIC is almost the only "whoever" that can do this posse comitatus felony.

If you don't think so, go up to a sergeant, a major, or a general and command them to do it.

Command them to command their troops to "go to the U.S. border and fire upon anyone in the group that is asking for asylum and who throws a rock at them ... or teargas them all."

The CIC has said that "a rock" is a firearm.

This law indicates that a president, I mean a CIC, can be indicted if he or she is a "whoever" that "willfully uses any part of the Army or the Air Force ... to execute the laws."

Not only that, after indictment and being found guilty, it is not one of those "may" laws  ("shall be fined ... or imprisoned not more than two years, or both").

It is a command (does Nancy "impeachment is off the table" Pelosi get it yet?).
A Whoever ... the Tommy ...

Eventually, what had been a ghost to some of us was actually "observed" by NASA (NASA Busts The Ghost).

Well, that ghost water is not alone, no, there are some "ghost plumes" that must be from that same realm which I call "the hidden obvious."

The OMG shock of that ghost water realm was exacerbated by the vastness of the ghost water that was hidden in plain sight, so I suspect that "the ghost plumes" will have just as much of an impact (in terms of quantity of "hidden" melt water).


II. Even The Non-Ghost Plumes Are Embryonic

Those who have been reading Dredd Blog recently will remember that what we are talking about is not "basal melt plumes."

Those basal plumes emerge from the underbelly of glaciers, but research scientists recently have noted that our understanding, even of those now-obvious plumes, is less than one might expect:


"Rapid dynamic changes at the margins of the Greenland Ice Sheet, synchronous with ocean warming, have raised concern that tidewater glaciers can respond sensitively to ocean forcing. Understanding of the processes encompassing ocean forcing nevertheless remains embryonic. The authors use buoyant plume theory to study the dynamics of proglacial discharge plumes arising from the emergence of subglacial discharge into a fjord at the grounding line of a tidewater glacier, deriving scalings for the induced submarine melting ..."

(Slater, Goldberg, Nienow, & Cowton, 2015, emphasis added). Those obvious subglacial basal melt plumes, even though not well understood, are at least not "hidden" like the non-basal ghost plumes are at this time.

The plumes we are talking about now are "ghost plumes" which, like "ghost water" around ice sheets, are hidden in plain sight.

The unhidden basal melt plumes, however, have been known about and studied for years.

However, as the group of scientists pointed out in the quote above, the nature of what is
forcing basal melt water plumes out from under the glacier and into our sight is described by them as being "embryonic" at this time (Slater et al. 2015, supra; cf. O'Leary, 2011).

After reading many basal plume papers, which are exquisitely professional and exacting, I can not agree with them (their work is better than embryonic as far as I am concerned).

So, once again I must urge all of us, including those who get paid to do it, to consider that there is another ghost (Fig. 1),  a ghost water plume environment hiding in plain sight (Fig. 2).

I have been doing an embryonic description of the newly discovered ghost water plume phenomenon in another series (In Pursuit of Plume Theory, 2, 3).


IV. There Can Be No Serious Doubt
About The Existence of Ghost Plumes

The magnificent TEOS-10 library (official oceanography toolkit) that I use has a function which busts the ghost plumes.

That official toolkit of the oceanography world is a work inspired by a noted American scientist (Josiah Willard Gibbs).

The aforesaid TEOS-10 function returns a zero value in a key parameter when the seawater conditions indicate that the in situ environment reveals that the glacial ice has melted:


"Calculates the Absolute Salinity and Conservative Temperature that
results when a given mass of ice melts and is mixed into a known mass of seawater (whose properties are (SA,CT,p)).

When the mass fraction w_Ih_final is calculated as being a positive
value, the seawater-ice mixture is at thermodynamic equlibrium.

(Description: gsw_melting_ice_into_seawater; emphasis added). The ghost plumes exist and are detectable via the in situ measurements gathered by oceanographers, and then recorded in the WOD (includes ARGO), SOCCOM, and OMG datasets.

Regular readers will remember that there is a coefficient calculator in the TEOS-10 toolkit concerning thermal expansion (gsw_alpha).

There is no coefficient calculator for ghost water plumes, so I have had to invent one (ongoing process).

The idea was derived while I was working on the buoyancy contrast between the ghost plume and the ambient ocean water (see III. Example Source Code here).

Basically, I probe each WOD depth within the realm of tidewater glaciers (0 - 2500 meters at the glacier's terminus) and test that depth environment for signs of ice melt capacity in the ambient seawater there.

I use the TEOS-10 gsw_melting_ice_into_seawater function which, as I said, returns a zero in a key parameter when the plume creation condition exists.

I then use the gsw_rho function on both the melt water (plume), and on the ambient ocean water, so as to derive a buoyancy factor as I explained here.

Review, if you need to, my graphs of those values in embryonic form ("buoyancy factor" ... Appendices A, B, C, D, E, and F) to see that my perspective (from actual ocean research measurements by scientists) covers a span of many years (of the existence of the ghost plumes).

I have to look at every depth level that has in situ measurements available, then carry forward a count of those favorable depths (out of 26 depth levels).

The toolkit return value ("w_Ih_final = 0") and the favorable-for-development count (e.g. 0-26) in the area being analyzed will indicate a coefficient.

The coefficient reveals the degree of potential flow volume in those environments conducive to spontaneously producing a plume (at any one of 26 given depths).

The magnitude of the coefficient and the depth count will tend to indicate how robust the plume can be.

I will supply more detail in future posts of this series.

The next post in this series is here.
Posted by Dredd at 5:03 PM 2 comments: