The reason that SLC takes place is because the tilt of the hemispheres toward and away from the Sun reverses during a complete cycle of ~26,000 years (Fig. 1, Fig. 2).

The bottom line during a complete axial precession cycle is that the hemispheres receive about equal solar exposure treatment once all is said and done.

These natural changes that take place do so very slowly, compared to the ongoing Anthropogenic (man-made) climate changes (due to the burning of fossil fuels).

And the natural changes that take place, as a result of the axial precession, are not catastrophic compared to the ongoing man-made global warming.


II. When In Rome

Dr. Mitrovica pointed out (see video below if you haven't yet) that since Roman times, when the elites used fish tanks to store live fish for later consumption, sea level has not changed much (about 1m).

That is reflected in the relatively small increase/drop at the peak area of the graph.

That is not to say that the SLC is no big deal, because from the zero point to the high point it adds up to about 1700 mm, or about 5.58 ft.

Note that this is an estimated SLC based on the previous temperature projections (When The Mayan Calendar Was Conceived); also note that the current sea level in some areas of the globe, as shown by Fig. 4, is at or above the highest level shown on Fig. 3.

Nevertheless, those civilizations that would survive for more than 13,000 years would have
to take care when they build seaports (e.g. Phoenicians), because it only takes about half of the axial tilt's SLC amount to take out a seaport (The Extinction of Robust Sea Ports, 2, 3, 4, 5, 6).

So, where would the "warning stones" be placed (e.g. Warning Stones) ?

So far our civilizations have not mastered this problem or even been aware of it ("In other words, a society does not ever die 'from natural causes', but always dies from suicide or murder --- and nearly always from the former, as this chapter has shown." - A Study of History, by Arnold J. Toynbee).

Have a good weekend.

When The Mayan Calendar Was Conceived

Today, I want to explain some of the different figures that I have talked about and used concerning the duration of the axial precession of the Earth.

It dawned on me that the axial precession is changing, albeit very slowly, like the Earth's daily rotation rate is changing.

My suspicion is that when the Mayan Calendar was developed they used knowledge "from somewhere" indicating that the axial precession rate was 26,000 years "way back then".

(A Savvy Ecocosmological Earth Calendar). My guess, based on Heyerdahl et. al, (Heyerdahl, History) is that the Incas, Mayans, etc. had "inherited" the ancient Egyptian, Babylonian, etc. astronomical understanding ... but who knows where those non-Mayans got it.

The calendar's implication (Fig. 1, Fig. 2, and Fig. 3) is that natural climate change is mild enough to give flora, fauna, and human civilization sufficient time to adapt.

Another useful take away is that it evinces a true cycle that returns back to the older temperatures as the cycle completes its circuit and restarts anew (Fig. 3, Fig. 4).

As you have most likely heard by now, the all-powerful GOP got caught doing what the media now thinks was a boo boo:


Majorities in Congress often overreach, but usually not on the very first day.

House Republicans, on the verge of a Washington takeover as the new Congress convened Tuesday, couldn’t stop themselves from trying to dilute the power of a despised ethics watchdog as their first order of business. In the process, they created an unsightly spectacle that pretty much ruined an opening-day celebration of unified Republican government, undermined their own leadership and perhaps foretold the shape of things to come.
...
“Mr. Trump campaigned that he was going to drain the swamp, and here we are on Day 1 trying to fill the swamp,” Representative Walter B. Jones, Republican of North Carolina, said after he and his colleagues hurriedly jettisoned a plan seen as a brazen attempt to weaken an independent ethics office that some felt had been unfair to lawmakers. “That is not a good way to start.”

Yep, "pass the lard and praise the ammunition" (Hypothesis: The Cultural Amygdala - 4).

The part of their religion which they were seized of was the same as what Karl Rove and Bush II fixed upon:


How did the bushies remove the boogie man from under your bed, since that description sounds strangely like the banksters of recent "bailout" infamy?

How did they do that you may be asking? The answer is that they did it using what they think is the "Christian way".

The very Bible they profess to follow says: "... because law brings wrath. Where there is no law, there is no transgression of the law" (Romans 4:15). Now ask yourself, "what good robber baron wants 'wrath' for doing what comes naturally"?

So, when the bushies heard the preacher in church quoting Romans 4:15 their eyes twinkled so brightly folks in the pews around them thought that a meteorite was passing overhead.

It was like the conversion of the Apostle Paul, only in reverse. It was an epiphany of the sort that changes a nation from one age into another age.

They removed the law, which made taking money from the public trough in certain ways, robbery. Thus, no robbery law, no transgression of the law bringing wrath, and thus no more robber barons.

The U.S. then entered the age of the Plunder Barons, who after gorging themselves under Bush II and the republican controlled congress, are seeing if they can corrupt the new blood recently elected.

Yep, business as usual (a.k.a. same ole same ole) in the swamp out on Highway 61. 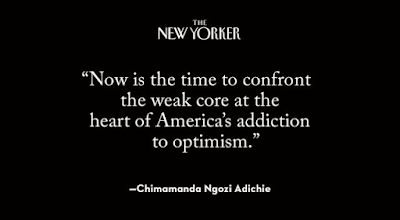 Calendars come up for discussion this time of year, so I am bringing the "Axial Precession Calendar" up again (A Savvy Ecocosmological Earth Calendar, 2).

It is the only calendar I know of that begs the question "how did the Mayans and others of their time know of the Earth's axial precession?"

Not many living today know about the fact of the Earth being tilted, or that the tilt itself rotates in a manner that changes climate over very long periods of time, but in a very slow manner that does not cause catastrophes like Anthropogenic climate change does.

Yes indeed, it is an interesting subject because it also gives a good example of how climate can change based on celestial dynamics rather than being caused by Oil-Qaeda pollution.

The gist of the natural climate change aspect of the phenomenon is essentially that the Northern and Southern hemispheres change weather patterns.

The links upthread in this post link to previous discussions that have graphics to show how that happens.


About each 2,100 years one hemisphere warms up a bit as the other cools a bit.

It is like a natural sharing of the Sun's rays.

But on human timescales it is of no import to us, as it should be.

It could cause sea level changes, and other climate phenomenon that can bring on the need for different agricultural practices as the cycle takes place.

In other words, this is a recurring cycle where the data repeats itself (remember it is symbolic abstraction to illustrate a climate change science point; basic temperature data came from here and here).

The graph at Fig. 3 shows the midpoint of the cycle.

I took a screen shot (Fig. 5) of the CSV file that records data at each 30 degree location, matching the values in Fig. 1. (Note that degree 0 and degree 360 have identical values, as in all such cycles).

The Fig. 5 CSV file contains: 1) the  degree of the axial tilt as it proceeds over time, 2) the year when it is at that degree, and 3) the northern (N 1-12) and southern (S 1-12) hemispheres' monthly mean average temperature as it changes over time (note that each Nn, Sn pair of values are for the same calendar month in two different hemispheres).

For example,  as N1 is decreasing or increasing depending on which half of the the 25,960 yr. cycle it is in, S1 is doing the opposite.

What we may be in for in the denial administration has already been demonstrated far and wide.

Remember the heat wave of 1995 that killed ~700 elderly, infirm, weak, and homeless?

Since heat waves are typically not classified as emergencies, and for other reasons, officialdom and other elite left Chicago to go to cooler places as the heat wave approached.

Then, and until recently, the corporate press tended to covered it up.

A young graduate student then, a professor now (see video below) did his PhD thesis on the matter, and later did a book:


"In 2002, sociologist and writer Eric Klinenberg contextualized those events in a book, 'Heat Wave: A Social Autopsy of Disaster in Chicago,' recounting the various ways in which the city of Chicago failed its citizens during that scorching period. As Klinenberg analyzed that one July week, there were many factors in play. These included a wholesale lack of awareness of the danger of heat and the magnitude of the crisis that was unfolding, not to mention an absence of cooling centers, absurdly long emergency-response times, the blame games of city politics, poor public information ..."

(Chicago Tribune). The future is like what Oil-Qaeda (now in control of the U.S. government) was doing then:


Throughout the 1990s, when the coalition conducted a multimillion-dollar advertising campaign challenging the merits of an international agreement, policy makers and pundits were fiercely debating whether humans could dangerously warm the planet. Today, with general agreement on the basics of warming, the debate has largely moved on to the question of how extensively to respond to rising temperatures.

Environmentalists have long maintained that industry knew early on that the scientific evidence supported a human influence on rising temperatures, but that the evidence was ignored for the sake of companies’ fight against curbs on greenhouse gas emissions. Some environmentalists have compared the tactic to that once used by tobacco companies, which for decades insisted that the science linking cigarette smoking to lung cancer was uncertain.

(Industry Ignored Its Scientists on Climate, 2009). There was no accountability for the lack of vision, so the mayor was reelected by a landslide (Chicago mayoral election, 1995).

This is all likely to be a microcosm of the larger disaster which our Titanic civilization is headed for in the next few years (Civilization Is Now On Suicide Watch, 2, 3, 4, 5, 6, 7, 8).