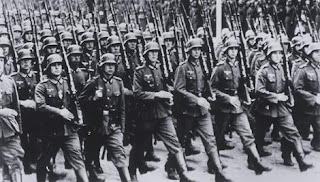 Observations by those who saw the democrats going down big-time in November 2010.

About a year after that post, in the very next election, that is exactly what happened to the democrats.

In the 2010 election they hit the iceberg going full steam in the W Direction.

You would think, by now, that they would have picked up on the rhythm of that post, of that election, and stopped kowtowing to the right wing madness.

They have not, rather they have doubled down, evidently giving up on America to join the neoCon infestation. 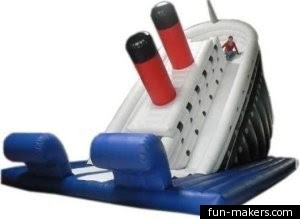 In so doing they (democrats and republicans) have passed the most fascist bill in American legislative history, which the double down president says he will sign into law.

Even grandma is now in danger of Big Brother Dementia, since the entire mob in D.C. (except for very few), seems to have been infected by the lunacy going around, because the president and the other democrats doubled down and steamed full ahead in the W direction once again.

Now they (democrats and republicans) sanction the killing and imprisoning of Americans on U.S. soil without charges and without trial, for an indefinite period or for life if they feel like it.
Merry Christmas Endless Wars to all ...
HO HO HO HOSE HOSE HOSE ...
Peace Piss on Earth ...
(from yo MOMCOM)

So Obama Thinks I Am Critical? - 2 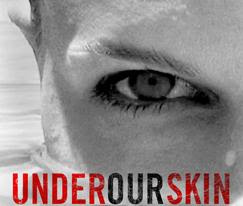 Sometimes it takes reflection to feel how things are going.

Two years ago on this date Dredd Blog posted a piece concerning whether or not I was being fair to President Obama, who I took up for in the first year of his presidency.

In that post, repeated verbatim below, I indicated that I had not been as critical as some others:
Oh to the contrary, I have held my tongue compared to others who voted for him.

Take for example the University Professor, Psychologist and Neuroscientist:

What's costing the president and courting danger for Democrats in 2010 isn't a question of left or right, because the president has accomplished the remarkable feat of both demoralizing the base and completely turning off voters in the center. If this were an ideological issue, that would not be the case. He would be holding either the middle or the left, not losing both.

What's costing the president are three things: a laissez faire style of leadership that appears weak and removed to everyday Americans, a failure to articulate and defend any coherent ideological position on virtually anything, and a widespread perception that he cares more about special interests like bank, credit card, oil and coal, and health and pharmaceutical companies than he does about the people they are shafting.

The problem is not that his record is being distorted. It's that all three have more than a grain of truth. And I say this not as one of those pesky "leftists." I say this as someone who has spent much of the last three years studying what moves voters in the middle, the Undecideds who will hear whichever side speaks to them with moral clarity.

(Huffington Post, emphasis added). Ouch! That rant goes on and on.

See, I have only criticized the administration in the hope that his advisers would wake up to the reality I reminded them of time and time again.

They seem to think they can ramrod their notions down the voters ballot box, a notion that will be tested like it was in the last election when the people rejected that approach.

My criticism of the administration has been exclusively to criticize them for continuing what the people rejected in the election.

For an apologetic in support of all the administration's deeds, and a pro-con comment session afterwards, see this post.
Posted by Dredd at 3:46 PM No comments:

The Germ Theory - of Government - 2 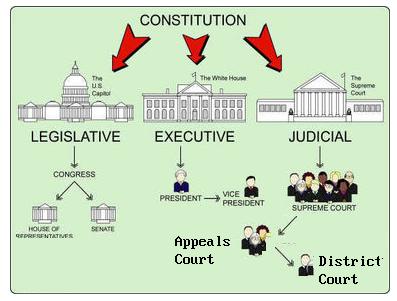 In the previous post of this series we looked at government from a vantage point not often considered.

We peered out over the political landscape from a doctor's vantage point.

Then we went even further, to consider the constitution as one form of medicine or immunization designed to treat those who would sit in any of the seats of power.

In our view, expressed in that post, we examined the notion that those who sit in the seats of power (including religion) are constantly exposed to what we call the toxins of power.

We noted that the whole purpose for that constitutional treatment for exposure to those toxins, together with annual follow up elections to work as booster shots containing the anti-toxin called accountability, was to avoid an ongoing diseased government that more and more would oppress the people it purported to serve.

We bloggers, commenters, and posters at Dredd Blog have also expressed another notion, based on a review of the history of empires, that there is an increasing sense that the toxins of power can, over time, build up an immunity to those types of treatments (like the resistance of Streptococcus, for example).

We suggested, therefore, that we should "get modern" by developing an actual immunization vaccination that would have some capacity to protect those who are exposed to the toxins of power.

We noted that our microbiology scientists, researchers, and scholars, have made great inroads into the study of microbes, as well as the impact microbes have on the concept of what it is to be human.

We believe that we are now in a stronger position, medically and scientifically, to seriously begin to consider and to develop such a vaccine.

But note that this is not a vaccine for stupidity or incompetence, rather it is a vaccine for already intelligent, competent Americans who become government officials, and who are then and thereby exposed to toxins of power.

Toxins that will pull any and all of them toward behavior they would not otherwise normally conduct, prior to having been exposed to those toxins.

The Toxins of Power Blog now is advancing an ongoing, maturing hypothesis that encourages research and development which could move us closer to the day when we can discover what any such vaccine would be able to do to minimize the effects of the toxins of power.

Hopefully, those who have the capacity to do such research and development will take the idea and run with it for the benefit of people everywhere. 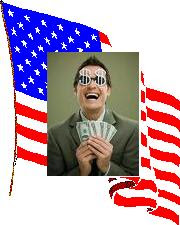 Close to two years ago we considered an obscene war spending bill.

Nothing has changed, the congress and president are still obscene with the lust of war and plunder.

Meanwhile, a germ theory of government is emerging that explains their alien life form of behavior.

Here is the text of the post two years ago:
The massive military build up and military drills in South America give new meaning to "drill for oil" and "drill baby drill".

Stealthy numbers also seem to be in the growing stealth budget somewhere, hidden from public eyes.

A secret amount in the hundreds of billions of dollars of the taxpayer money is classified each year.

Thus, we never really know what the actual deficit is, but never mind, the amount they tell us about is shocking enough.

The just before Christmas spending bill is out:

The Senate will soon follow the House in passing a $636.3 billion Fiscal Year 2010 defense appropriations bill, the government's largest spending bill. The legislation contains 1,720 earmarks worth $4.2 billion, 17 percent less in number and 14 percent less in value from last year (remember that this is only disclosed earmarks: Major additions such as the $2.5 billion for 10 more C-17 Globemaster cargo planes are not included). The four top Congressional appropriators are responsible for 15 percent of the take: Senate Defense Appropriations Chairman Daniel Inouye (D-HI) sponsored 37 earmarks worth $198.2 million, and Ranking Member Thad Cochran 45 worth $167 million. Over in the House, Defense Appropriations Chairman John Murtha (D-PA) sponsored 23 earmarks worth $76.5 million, while Ranking Member C.W. Bill Young (R-FL) got behind 36 worth $83.7 million.

(Taxpayers For Common Sense, emphasis added). We spend more on war machines and war each year, in the non-stealth budget, than all the rest of the world combined.

If we knew the amount they classify (Jekyl & Hyde) then spend on war machines and war each year, in the stealth budget, it would be more than all the rest of the world combined.

They are still hung up on that old domino theory where they have to destroy the economy in order to save it?
Posted by Dredd at 3:15 PM No comments: 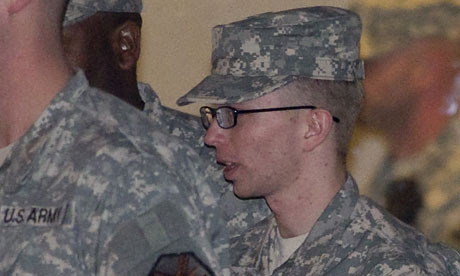 The Guardian has a live-update feed on the Bradley Manning pre-trial hearing: here.