The Impact of Toxins of Power On Evolution 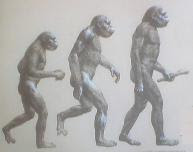 The title applies in the raw to a universe of subjects, so lets tone it down to: the impact of toxins of power on the evolution of American capitalism.

Economic theorists who are aware of the criticism that Karl Marx leveled at American Capitalism point out:


Marx argued that capitalism would succeed in its initial stages quite well in promoting growth by means of capital investment in new technology and improved means of production. Everyone would prosper. As capitalism developed, however, he argued that capitalists would appropriate to themselves more and more of the profits or income from the economy and that laborers would come to have increasingly less.

Over time, in time and such circumstances, Marx claimed that, first, capitalistic economies would undergo ever more vicious cyclical swings from boom to bust. These cycles and the on-going process of capitalism would, second, result in ever richer capitalists and ever poorer working classes, until, finally, at some point, laborers would revolt and take over the means of production, causing Socialism to ensue as a result. Socialism, in turn, was merely a transitional step to Communism.

(Seeking Alpha, K. Corson, bold in original). A wide variety of commentators from the "Tea Party II" all the way to academia, essentially agreeing with Marx, say that our current phase of American capitalism will lead to "socialism".

They urge this eventuality because "at some point, laborers would revolt and take over the means of production, causing Socialism to ensue as a result", quoting Corson, summarizing

Marx, and citing perhaps revolt in Wisconsin and Ohio as examples.

This is essentially a rehash of the cyclical rebirth ideology advanced by various ancient religious doctrines, discussed at various times in various contexts here at Dredd Blog.

Rebirth of the pure comes about eventually by rebellion of the oppressed, ad infinitum, goes their theory.

The toxins of power theory says, to the contrary, that it is more likely that American capitalism will lead to totalitarianism, at the end of its imperialistic militancy phase.

Fundamentally, this is because mental damage has been and is being done to the populace on a massive scale, which 19th century thinkers such as Marx could not comprehensively take into consideration.

To be fair, their theories were developed before the massive military 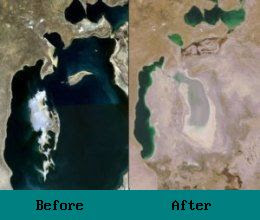 Then MOMCOM emerged as the industrial segment of the economy declined into the "rust belt", as oil addiction became predominant, as imperialistic militancy ascended to prominence, and as the media consolidated into fewer corporations.

Anyway, those aforementioned 19th Century economic theories of capitalism, socialism, and communism that were advanced by Marx and others, did not take into consideration the popular English / American theory of government which includes a basic notion of the toxins of power.

At least those theories did not consider the notion of toxins of power to the degree that it can be considered a dangerous and deadly source of social dementia, as Toxins of Power Blog and Dredd Blog do.

s 21st Century fantasies such as the notion that oil does not pollute, disease has no effect on the infected, and there are no consequences for destroying the ecosystem.

The mind-set of the military portion of MOMCOM is not a secret, as shown by Dredd Blog posts Graphs of Wrath and Your Health Their Number 1 Enemy, because the military comes right out and says:

(The Government of The Government). MOMCOM has a plan in place to impose martial law, along with internment camps, if economic protest gets out of hand here in the U.S.eh?

The mindset of MOMCOM is a 20th Century Fox suffering from the lack of a conscience in a 21st Century world, because the toxins of power dissolved the 19th Century conscience our nation once had when those theories were set forth.
Posted by Dredd at 5:05 AM