On The Origin of The Containment Entity - 2 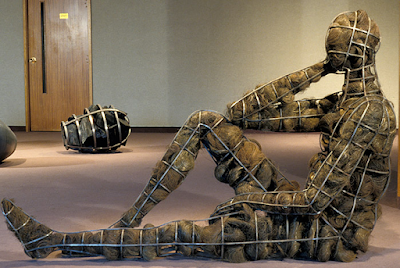 The artwork of Celeste Roberge fits in nicely with the scientific research into yet another unknown in the "hard sciences" as was discussed in Small Brains Considered - 12.

The idea of a containment entity is no mystery in that artwork.

One can see the metal shape makers (the containment entity) around what is otherwise just a pile of rocks.

The word usually associated with a pile of rocks that have been shaped in one way or another is cairn. 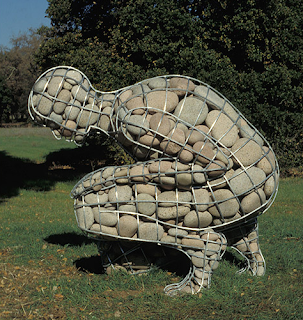 Artist Celeste Roberge takes it to a new dimension, so that is why I pointed out her artwork.

Gravity is the most abundant containment entity in the universe, in terms of most of us being quite sure that it exists.

We have even learned how to use it, for example, in the case of the moon orbiting project NASA has going at this time (Artemis I).

Gravity, the most abundant containment entity, shapes the stars, planets, and galaxies (NASA, Why Are Planets Round?, Galaxies).

Even though it is invisible to our eyes, we know it exists, and that it is reliable enough for us to risk the lives of astronauts who travel about the Earth and moon in space capsules which use gravity for assistance in various ways.

The same goes for the use of gravity in orbiting and/or landing on other planets and moons in our solar system. 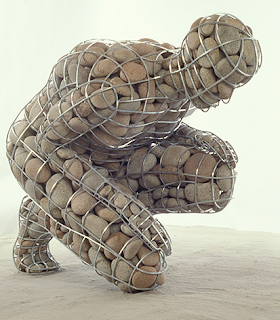 We just don't know the how or why of shapes, even though we often play pretend that we do know.

For example, consider the contortions that biologists and microbiologists have gone through over the years trying to explain how and why shapes exist.

The scientific papers themselves often have no lasting shape and are constantly being folded into balls and thrown into the wastebasket.

This is not my discovery, this is the complaint of many biologists who study the taxonomy realms of the day in first year college, but by the last year of college the desert sands have blown and alas! the taxonomy landscape has changed: 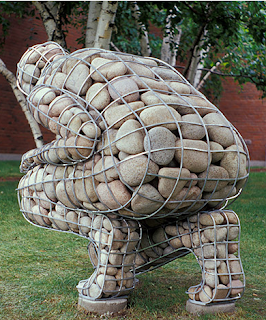 "The concept of chromists, at its most expansive, includes the heterokonts (stramenopiles), alveolates, rhizarians, heliozoans, telonemians, haptophytes and cryptophytes. There is mounting evidence that this grouping is not valid. Even in the narrowest sense (the heterokonts), chromists include very diverse forms, exhibiting a great variety of trophic mechanisms. This great diversity in form and feeding make it difficult to identify any unifying features, but molecular phylogenetic studies have shown that this group of organisms is indeed monophyletic. The distribution of morphological characters over reconstructed trees allows for the identification of potential synapo- morphic characters that have been secondarily lost or modified across the group. These include a combination of mitochondria with tubular cristae; the biflagellate heterokont condition; and, if photosynthetic, then with chlorophyll c, girdle lamellae and four membranes around the chloroplast, the outer continuous with the nuclear envelope. Heterotrophy appears to be ancestral but is also occasionally a derived state from autotrophic forms."

(Chromista). Attaining a college education in that field can be more and more exasperating as the cost of education increases, so the powers that be in that realm need to stabilize their nomenclature focusing on the sameness of things.

I think we would be better off if our research focused on the containment entity instead of focusing on the change that takes place in the "bio-cairns" we call organisms.

I utilized "The Central Dogma of biology", i.e. "RNA comes from DNA" to construct the source of the coding mRNA in these viruses by reverse engineering the DNA from the mRNA (see second video below).

Basically, all that entails is to change the "U" (uracil) nucleotide in mRNA codons into a "T" (thymine) to make DNA codons, and "presto chango" you have derived the DNA from which that mRNA originated (then remove any nucleotides that are not within the mRNA start codon "AUG" and any following mRNA stop codon ''UAA","UAG", or "UGA"... see second video below; note that mRNA codons ..."ones that code for proteins"... are only counted if they are located within a start and stop codon span).

The "code_table" appendix is a condensation of the unique codons, amino acids, and atoms in the Genetic Code members that are found in the genomes analyzed and recorded in the other appendices (viruses_1 thru viruses_2200).

The DNA codons are projections of the likely DNA that the mRNA was produced from in the host microbe's nucleus.

Each appendix is named with the word 'viruses' and a number, which indicates that there are about 100 viruses detailed in each appendix, and over 2,200 viruses overall that were analyzed and recorded for your perusal.

Each appendix contains a selected list of the mRNA codons found in the GenBank genomes of each virus, along with a count of the estimated number of each codon in the virus's mRNA nucleotides.

The content of the viruses tells us that Dr. Bassler was not kidding when she indicated in the video at the end section of this post, that our containment entity harbors more of "them" (viruses and single celled microbes) than it does of "us" (human cells).

But more than that, it tells us that we are composed of the same mRNA codons, amino acids, and atoms as those viruses are, the difference being the number of those nucleotide entities within and on us.

There is a link to the official database for each virus analyzed (the same analysis of single celled microbe organisms is in the appendices of another Dredd Blog post On The Origin Of The Home Of COVID-19 - 35).

Since we are so alike in some fundamental ways, "why can't we all get along?".

00:21 - microbes are oldest life forms on Earth
01:03 - 10 times more microbes than human cells in us
01:31 - 100 times more microbial genes than human genes in us
02:00 - microbes are 99% of our make-up; they keep us alive
02:20 - microbes are vital for keeping us alive and healthy
04:20 - microbes talk with a molecular language
07:50 - quorum sensing (like a census) to know population count
08:20 - Intra species communication (shape of words) dialects
10:50 - microbes communicate with other microbes (multi-lingual)
11:20 - they take a census of all other microbes around them
12:30 - synthetic molecules-words interrupt communication
13:50 - synthetic molecules-words confuse the microbes
15:00 - they have collective, community behaviors
15:20 - microbes made the rules for multi-cellular development
16:00 - microbes invented multi-cellular behavior inside us
17:15 - the team