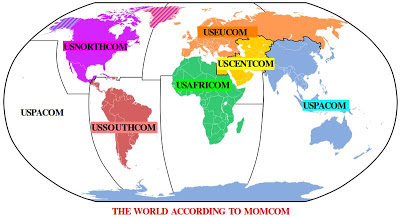 This is the season of soft spoken reflection.

So, in today's post let's all focus on the soft spoken but well equipped Noam Chomsky in a video address that we have referred to previously.

But you won't grasp the reason that elders of his ilk are filled with value unless you engage in listening to his sharing of his view of global governmental dynamics (epigovernment?).

Especially the discussion about the middle east nuclear free zone wherein any nuclear weapons or systems involved in their development are to be held in violation of international law.

[Only the U.S. and Israel are opposed to that nuclear free zone, Chomsky intimates, unless of course Israel gets to keep their nuclear WMD (let's pretend Israel is inside the U.S. instead of in the middle east).

This is soooo Emperor Hadrian, who built an art center extraordinaire as well as building "Hadrian's Wall" in Britain (to keep out the "terrorists").]

Check it out:
Video index to "Who Owns The World"

02:15 "all for ourselves and nothing for other people" ... motto of masters

04:00 U.S. "unquestioned power" took over lands of the British Empire

05:40 "Is America Over" on front page of prestigious foreign policy journal

08:40 when nations gain independence, elites call that "loosing them"

09:50 mass slaughter in Indonesia done by west called "a gleam of light in Asia"

10:40 Kissinger: we have to prevent the virus of independence from spreading

13:35 U.S. policy was "if we control Mideast oil we control the world"

14:20 a central U.S. foreign policy is the control of oil

16:45 decline over the past 50 years is self inflicted

19:10 rather, their response has been to accelerate the catastrophe

19:50 Ernst Mayr said the evolution of human "intelligence" is ominous

21:20 "intelligent" humans are hell bent on self destruction right now

23:10 Obama is into securing 100 years of "American oil independence"

26:35 Israel is considered most dangerous nation on Earth in European polls

36:55 intellectual praise for Kennedy during missile crisis is inadvisable

53:20 political structure: republicans for rich; democrats for the rest

54:05 U.S. more per capita fundamentalists than other countries

61:05 world is composed of the plutonomy and the precariat


For those who don't have the time to listen, and would rather read this material, there are some posts that contain some or all of the material in the video:


Plutonomy refers to the rich, those who buy luxury goods and so on, and that’s where the action is. They claimed that their plutonomy index was way outperforming the stock market. As for the rest, we set them adrift. We don’t really care about them. We don’t really need them. They have to be around to provide a powerful state, which will protect us and bail us out when we get into trouble, but other than that they essentially have no function. These days they’re sometimes called the “precariat” -- people who live a precarious existence at the periphery of society. Only it’s not the periphery anymore. It’s becoming a very substantial part of society in the United States and indeed elsewhere. And this is considered a good thing [by plutocrats].

(Life In The Ferengi Home World - 2, quoting Chomsky). More at this post:

I’ve kept to domestic issues, but there are two dangerous developments in the international arena, which are a kind of shadow that hangs over everything we’ve discussed. There are, for the first time in human history, real threats to the decent survival of the species.

One has been hanging around since 1945. It’s kind of a miracle that we’ve escaped it. That’s the threat of nuclear war and nuclear weapons. Though it isn’t being much discussed, that threat is, in fact, being escalated by the policies of this administration and its allies. And something has to be done about that or we’re in real trouble.

The other, of course, is environmental catastrophe. Practically every country in the world is taking at least halting steps towards trying to do something about it. The United States is also taking steps, mainly to accelerate the threat.  It is the only major country that is not only not doing something constructive to protect the environment, it’s not even climbing on the train. In some ways, it’s pulling it backwards.

And this is connected to a huge propaganda system, proudly and openly declared by the business world, to try to convince people that climate change is just a liberal hoax. “Why pay attention to these scientists?”

(Tom Dispatch, Chomsky). The video is worth watching, to say the very least.