Is The Empress Taking Off Her Clothes? - 4

Not many people will argue with you when you say that the federal government seems to be going through a comic book episode where they fight for Shrek's Weenie.

Not much else makes a lot more sense out of the babbling and goings on over in Tinsel Town.

The republicans declare that they know the best way to screw up everything, and once again the democrats are becoming more and more tempted to go along with them.

Most of the time recently they have been in a vicious fight over whether it is really Shrek's Weenie the Empress is holding, or whether it is just a rare form of a rubber duckie from Speaker Boner's collection.

If Shrek wants his weenie back he has to bang Big Bird in the White Old House is the latest counter offer.

There are other ways to look at it, for instance the last episode of this series.

Ok, so on with the show for your perusal, here is the post from this date in 2010:
We have asked this question before, because there are enough preposterous little local realities in this day and age to fill a book or so.

The Keystone Komplex of MOMCOM is but one of many complexes found in the encyclopedia of preposterosity authored by homeworld "security" propagandists ("I can see security from my house").

Their attention to gore, blood & guts, hate, mass murder, and deceit 24/7 keeps us busy, since it makes it hard work for anyone to keep focused on that preposterous realm.

That is especially true of the MSM, the preposterous propaganda-pabulum realm that really isn't trying to do journalism anyway.

Our MOMCOM series shows how the war college industry partners with the MSM industry (the propaganda arm of MOMCOM), to whoop it up for the home team:

(The Big Taboo, NY Times). Can you imagine, more high school type marching bands (notice they have even attached "marching", a military concept, to high school bands) than those who work for good "foreign relations" in the U.S. State Department.

The betrayalized general intellectual warmongers voice a philosophy constantly these daze, an ideology that is a la neoReaganism (a.k.a. paingyrics, a.k.a. panegyrics), which fundamentally wants to make "government" small enough "to drown in a bath tub".

Note, in bold words, that "government" in their mind does not include the military, it only includes the judicial, legislative, and administrative branches of "the gummit".

BTW, I read somewhere that Obama is reading up on Reagan (The Age of Reagan 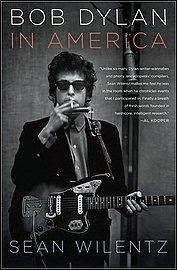 by Sean Wilentz perhaps?) over the xMass holiday vacation.

I am reading an xMass gift, a book, also written by Sean Wilentz, a noted American historian, entitled "Bob Dylan In America".

Obama shows us, by doubling down on the W compass, a.k.a. "doin' thuh Reagan", that he runs a front - yes, a coverup of his "real politik".

Take for example his inviting Bob Dylan to perform at the White House.

Then afterward he studies up on Reaganomics and waronomics, like he is reading a script from that old useless relic the Schizophrenic Dance of the Doomed, instead of the American Tradition which Bob Dylan has now mastered.

I only wish Dylan had performed Masters of War instead of The Times Are A Changin when he sang at the White House, because the fundamental 800 lb. gorilla in the room issue for this era is:


We face wrenching budget cutting in the years ahead, but there’s one huge area of government spending that Democrats and Republicans alike have so far treated as sacrosanct.

It’s the military/security world, and it’s time to bust that taboo.

(The Big Taboo, NY Times). The author of that NYT post, Nicholas D. Kristof, says we spend "almost" as much on warmongering as all the other nations put together.

Regular readers of Dredd Blog know that we believe that we spend more than all of the rest put together, not just "almost as much", because the gigantic spy industry is part of that "it".

As we pointed out recently, nobody knows where the edges of that spy realm are (are there any?), nor does anyone know where all the bank accounts of that realm are or where they "end".

In closing, remember that this nation could have avoided "gore, blood & guts, hate, mass murder, and deceit 24/7", together with endless doom-bringing deficits, by listening to Dylan instead of taking off the nation's constitutional clothing:

(Masters of War, Bob Dylan). In his post, Mr. Kristof called American Imperialism "sacrosanct", which is just another way of saying "jihad", which means "holy war".

Peace.
End of the review of the last episode.
Posted by Dredd at 2:49 PM