Slap Sam For What Jonny Did? 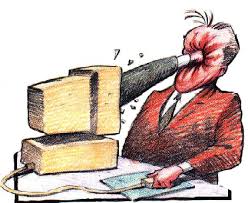 Remember when your sister or brother did something and you got blamed and punished for it?


The Chinese prime minister, Wen Jiabao, said the country was “worried” about its holdings of U.S. Treasuries and called on the United States to provide assurances that the investments were safe, and that China was watching United States economic developments very closely.

“President Obama and his new government have adopted a series of measures to deal with the financial crisis. We have expectations as to the effects of these measures,” Mr. Wen said at a news conference in Beijing after the final session of the National People’s Congress, the Chinese legislature.

“We have lent a huge amount of money to the U.S. Of course we are concerned about the safety of our assets. To be honest, I am definitely a little worried.”

(NY Times, italics added). The past robber baron regime implemented policies, backed by their supporting banksters, which took value from you.

You got slapped. But you did vote them out of office.