Regular bloggers in the Dredd Blog System have read the series about "The Virgin MOMCOM", beginning here, as well as the associated series "Jabber The Whut", beginning here.

In today's post we begin another associated series which will look at the evidence suggesting that MOMCOM is composed of entities that have formed what appears to be a classical mass suicide-murder pact.

The Dredd Blog System has consistently maintained that MOMCOM's behavior evinces a mental sickness, and has advocated that it be analyzed in that context.

Those series mentioned above were initiated, then extended, because the great bulk of analysis of MOMCOM is done through either a political, a criminal, or an educational lens, which only touches upon the surface, i.e., the prima facie aspects of the MOMCOM problem.

These somewhat shallow analyses have reached conclusions that have perplexed not only those who write them, but have also perplexed those who read those analyses.

That result happens, not because those analyses are false, but because they don't really, fully explain why anyone "in their right mind" would initiate such a scenario:


It’s no secret where this denialism comes from: the fossil fuel industry pays for it. (Of the 16 authors of the Journal article, for instance, five had had ties to Exxon.) Writers from Ross Gelbspan to Naomi Oreskes have made this case with such overwhelming power that no one even really tries denying it any more. The open question is why the industry persists in denial in the face of an endless body of fact showing climate change is the greatest danger we’ve ever faced.

(Why the Energy-Industrial Elite Has It In for the Planet, emphasis added). The perplexing result does, however, get to my point, which is that the officials of MOMCOM are not "in their right mind."

Thus, the need for deeper analysis, beyond legal, political, or educational, if any sort of viable solution is to be fashioned:


But should the bosses of polluting companies and the leaders of environmentally-unfriendly states join those responsible for mass murder in the dock. They could if a fifth crime against peace - ecocide - joined that list of human evils? The United Nations is now considering the proposal and the first test of how a prosecution for ecocide would work takes place on Friday, with fossil fuel bosses in the dock at the UK supreme court in London. It is a mock trial of course, but with real top-flight lawyers and judges and a jury made up of members of the public. The corporate CEOs will be played by actors briefed by their legal teams.

(Is 'Insanity' A Valid Defense To Ecocide?, emphasis added). I am not criticizing those analysts as far as their analysis goes, nor arguing that criminal prosecution is in error, I am merely asking them to deepen the scope of their work, so as to include a proper amount of the realm of psychology.

I am asking, then, for a shift of focus to an analysis of psychologically impaired people, who, in this case, are the officials of MOMCOM.

Those officials, who compose MOMCOM, should not be analyzed as mentally vibrant individuals, who are merely being "political", or "mischievous."

No, these are deeply, psychologically impaired individuals who have formulated a mass suicide pact, on a scale much larger than what has ever happened before:


The fact that some members held guns on the others and handled the syringes meant that what occurred in Jonestown was not only a mass suicide but also a mass murder. According to the witnesses, more than one member was physically restrained while being poisoned. A little girl kept spitting out the poison until they held her mouth closed and forced her to swallow it -- 276 children do not calmly kill themselves just because someone who claims to be God tells them to. A woman was found with nearly every joint in her body yanked apart from trying to pull away from the people who were holding her down and poisoning her. All 912 Peoples Temple members did not die easily.

(Truth About Jonestown, Psychology Today, emphasis added). In the end, if not prevented, 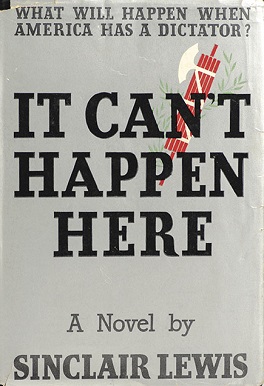 it also involves the mass murder of current civilization.

To get a flavor for upcoming posts in this unfolding series, if you haven't already, watch the movie "The King's Speech", because environmentalists will essentially be playing the part of Dr. Lionel Logue (a "doctor" without papers) whose involvement actor Geoffrey Rush competently performs.

He helped a national leader to overcome a psychological problem, that had been imposed upon him from youth, while at the same time enabling that leader to more effectively lead his nation at a time of severe crisis.

In our current environmental crisis, it is not the officials of MOMCOM whom we can help out of their psychological problem (for, like Jim Jones, they are too far gone), rather it is the public at large that needs to know, to grasp, that their leaders are suicidal-ecocidal, and therefore, it is the people who must take the lead now.

The next post in this series is here.
The lyrics of the following song:

I don't know why nobody told you
How to unfold your love
I don't know how someone controlled you
They bought and sold you.