The Future Isn't What It Used To Be 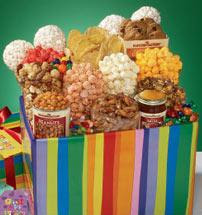 Can the emotional and visionary health of a nation be discerned by its attitude toward the universal space beyond the earth?

One article scratching the surface stated:


Today, the reasons for Americans to pay attention to the ground, rather than the heavens, can be rattled off like a parody of a Billy Joel song. Terrorists. Global warming. Swine flu. Economic collapse. Nukes in North Korea and mass shootings in the heartland.

(Ted Anthony). This seems to advance a notion that the United States on the whole pays attention to one or the other, but not to both.

The tenets of the secular side of Ecocosmology point out that the attitude a species has about space and space travel will determine its survival, because all species must pass or fail "The Test".

It could very well be, then, that the United States will not be the future main player in the search for a new home world for the human race.

That may be good for the future of the human species, because the United States Military does not see peace when it looks into space, and thus there is yet another fundamental struggle for another U.S. President.
Posted by Dredd at 8:11 AM