The Health Care Fix Is A War of Robes 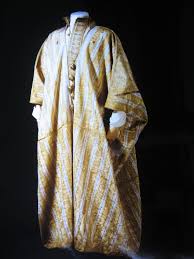 I have always had a bit of a distrust of power in robes because it reminds me of ancient priesthoods.

Doctors have been getting rid of the robe garb, however, they are still virtually worshipped in many ways like ancient priests were.

This is due to the mystery in health and disease, and after all, they preside over our very life sometimes as religious folk surmise that priests do.

The sky rocketing costs of medical attention, while wages are flat or worse and while the economy suffers in many ways, testifies to the fact that it sometimes seems that the medical profession is not with us or not part of us.

Some medical practitioners have an arrogance at times that can be beyond the pale, which even becomes tyrannical instead of serving others:

In Mississippi, which has become the gladiator pen for doctors and malpractice lawyers, a growing number of physicians say they are avoiding trial lawyers and their families. Few doctors openly refuse to treat these people; instead, they simply use excuses, saying the practice isn't accepting new patients or the earliest appointment is months out.

"It's more subtle now than it was," says plaintiff attorney Lance Stevens, of Jackson, Miss. "There was a doctor down the street from me who had a plaque on the door, coming and going, saying they don't treat trial lawyers, their families or their employees.

"They are absolutely serious that trial lawyers, employees and family were being denied treatment," he says.

(Memphis Business Journal). The President, economists, and some congress members say that the medical profession will bankrupt the nation if things continue as is without significant reform.

During the past administration the republican controlled congress, Dr. Frist M.D. as Senate Majority Leader, was able to promote bills that limited recovery for patients in medical malpractice cases.

Those limits on malpractice cases were heading toward the Feres doctrine of military infamy, where if you go in for a routine matter and they make a mistake and end up cutting off both of your legs, you have no recourse.

As if bankrupting the nation is not enough, medical practitioners kill some 424,000 U.S. patients a year according to JAMA.

The war of the robes has been won by the robe wearers for far too long, and it is time for their elite experience of increasing treasures but decreasing accountability to stop.
Posted by Dredd at 7:59 AM