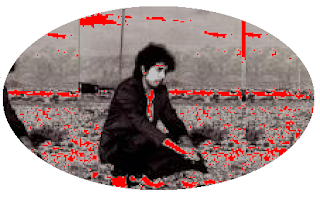 But a post on his birthday did happen on this blog.

This post is really about the prescient lyrics and the state of racism that is fundamental to U.S. social dynamics:


Meanwhile, far away in another part of town

Rubin Carter and a couple of friends are drivin' around.

Number one contender for the middleweight crown

Had no idea what kinda shit was about to go down

'Less you wanna draw the heat.

(Hurricane, Bob Dylan, emphasis added). And so, we get to the crux of the matter, the arrest of a friend of Obama, who is a University Professor.

The disgrace of racial profiling and excruciatingly awful racial bias and prejudice in this nation makes it a national problem, not a local event.

For that reason I am glad that the President condemned the action of the Cambridge Police, who, at their press conference today indicated they would work on fixing their policy.

There is no doubt, for the informed, that police departments across the U.S. have had severe problems with racial bias over the years.

The fact that a community is thought of as progressive, like Cambridge, is part of the blindness to racial bias, which happens in police departments at Harvard too.
Posted by Dredd at 3:05 PM