GOP Demands The Right To Be Rude - 2 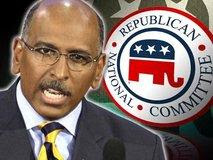 A short while back we did a post GOP Demands The Right To Be Rude.

Last night during the formal address to a joint meeting of congress, the GOP demanded that "right" again. The scene they made was more like a mob than it was a gathering of decent, well meaning legislators:


Fresh from a month of acrimonious town halls, House Republicans arrived for President Obama's address to a joint session of Congress on Wednesday night with signs, props, and a lot of attitude ... at least one congressman went way too far. Rep. Joe Wilson shouted "You lie!" after Obama denied that his health care proposal would cover illegal immigrants ... Wilson's wasn't the only disruption, though it was the most extreme. Throughout the speech, Republican members of Congress repeatedly held up stacks of papers that appeared to represent ideas they had for the bill ... Rep. Louie Gohmert (R-Texas) held signs that read "What Bill?" and "What Plan?" ... When Obama told the chamber that the "death panel" lie was, in fact, a lie, a Republican member said loudly enough to be heard in the press gallery, "Read the bill" -- a common refrain at August's angry town hall meetings ... When Obama told the chamber that he had "no interest in putting insurance companies out of business," a Republican member responded with a loud, "Ha!"

"Nineteen years, never, never have I seen anything like this," said a furious Rep. Rosa DeLauro (D-Conn.) after the speech.

"I thought it was very inappropriate behavior, to hold up signs. None of us ever would have done that," said Rep. Henry Waxman (D-Calif.). "I don't think in the Congress of the United States there ought to be catcalls, or people standing up and yelling comments or holding up signs."

(Wilson Apologizes, HuffPo). Such activities do infringe upon the rules of congress which is said to be the envy of the world legislative bodies when it comes to formal civility.

Once more the world looks on as the U.S. looks more brutish, and especially since it is in the context of health care, where the U.S. lags way behind the other industrial democracies it wants to be leader of.
Posted by Dredd at 12:51 PM