Most Liberal Of Months May Be May 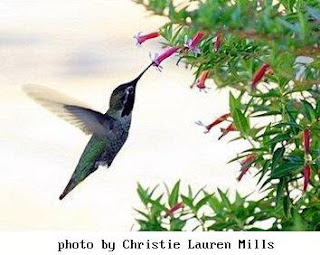 Every so often we post an article about extinct species or those in danger of becoming extinct.

Many times the species which is in danger of becoming extinct ends up being scientific textbooks printed at a particular time.

Perhaps the authors and publishers should learn a lesson from a certain month?

Consider the question: "Is it wise caution, or weak uncertainty, to use the word 'may'?"

"It may be this way", or "it may not be that way", sounds less dogmatic than "it absolutely and categorically is this way, period, end of discussion"; but does 'may' sound flimsy or weak?

We have complained that a lot of extinct textbooks use the former, the dogmatic approach.

In this time of tight money and tight budgets we advocate the liberal use of the word for what may be the most liberal of months: MAY.

Now, on with the show:

But the chemical abundances of the newly discovered galaxies would suggest they are only about 3 billion or 4 billion years old.

"We're not saying there's a complete breakdown in the theory of galaxy evolution, but that these objects do run counter to the standard model," said Indiana University astronomer John Salzer, the lead author of a paper detailing the study in the April 10 issue of the Astrophysical Journal Letters.

(Space dot com, emphasis added). Good. The professor is not saying there's a complete breakdown in the theory of galaxy evolution just because some data turned it all upside down.

Our hypothesis is that he is experimenting with the potential for the increased use of the word 'may' in the future. He may point out that these objects counter the current standard model, which is now obsolete, or he may not; yet.

So, you text book publishers with very, very tight schedules may relax a bit. He may advance that idea next time, but for now you may have some inking room. If fact, you may have the whole month of May.

As one remedy, we suggest not publishing books during the last months of an election cycle, where dogmatism seeks its apex as November nears. As November nears the honour of becoming the most dogmatic of months.

Those months in the spring after D.C. has grappled anew with reality; after having abandoned reality during the fall election months; and after having regained it anew when "reform" reaches its crescendo once again in May.

In conclusion, it is certain that there may be a new meaning to "political science" before next May.
Posted by Dredd at 8:24 AM