It Is Not Wrong To Avoid Taxes 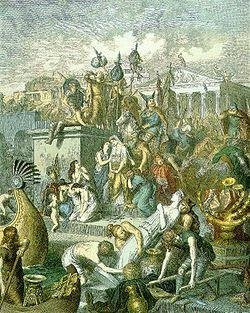 It is wrong to evade taxes.

Avoid and evade do not equate.

Our language has taken such a hit from business and other propaganda that it is no wonder an English professor at Rutgers wrote the book Why No One Knows What Anyone Is Saying Anymore.

Appeals Court Judge Learned Hand, one of our better known jurists, put it this way:


“Any one may so arrange his affairs that his taxes shall be as low as possible; he is not bound to choose that pattern which will best pay the Treasury; there is not even a patriotic duty to increase one's taxes.”

But there are zones where one unwittingly evades when one intended in good faith to only avoid.

Judge Allegra of the Federal Circuit Court of Appeals pointed out that in many areas of our tax system there are shadow zones.

Zones where the courts have to pull out their judicial flash lights and magnifying glasses, then enter into the shadows where we can't see them. We can only hear their voices:


When does a taxpayer cross the fault line between the cheering fields of tax planning and the forbidding elevations of form over substance, far enough, at least, to require a transaction to be recharacterized for tax purposes? No map – statutory, regulatory or otherwise – precisely reveals this point of no return. Rather, in turn, the taxpayer, the government, and, ultimately, the judicial traveler are guided only by multi-factored analyses, balancing tests and other forms of ad hocery, which, if properly employed, serve hope that the terrain’s true character will be revealed. This tax refund suit presents not one, but two opportunities to exercise these faculties.

(Principal Life Insurance Co. v U.S., 2006). The shadow cast by the tax code makes long shadows indeed, and only those who can afford to hire CPA firms (the wealthy and the corporations) can venture into those shadowy zones.

That small percentage of taxpayers use specialized firms who have infra-red detectors and night goggles with which to venture into those shadowy zones.

Unfortunately, for the remainder of us, the moralist tax propagandists have injected fear into our minds. We of the middle class, increasingly, never even steer near those shadowy tax zones.

Like our ancestors who always steered clear of the well publicized and propagandised "edge of the earth", in tax matters we incessantly recite the mantra "err on the safe side".

Then there are the tax protesters. Those tax vandals and barbarians who rush headlong past every sign and warning, yelling and whooping with no consideration whatsoever of any tax norms.

Even though countless tax court decisions, for decades, have rejected their time-worn mantra ("there is no such thing as an income tax"). A mantra which they incessantly recite to judges who struggle with judicial patience, but who seem to always impose fines upon them.

Will this cacophony and lack of clarity, encrusted with the icing of "all is well that ends well", ever subside?
Posted by Dredd at 7:02 AM