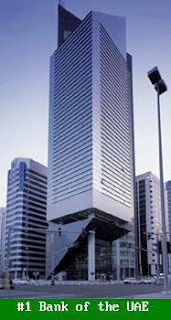 The "G" in AIG signifies a Group, or perhaps a Gang, depending on how one looks at it, or who is looking at it.

One of the G's in AIG is Banque AIG, which does business in Europe, Asia, and the middle east.

Generally it does primarily internet financial reports under the radar, and only for financial business customers, not to private individuals.

In this role, Mr. Homoud will originate and develop new business opportunities for Banque AIG in the Middle East across a range of financial products and asset classes, including credit, commodities, rates, equity and related combinations.

Prior to joining Banque AIG, Mr. Homoud worked as co-head of Middle East and North Africa (MENA) distribution at Nomura where he focused on a wide range of fixed income products. Before this, Mr. Homoud served in a similar capacity at Bear Stearns and began his career as a Portfolio Manager at the National Bank of Abu Dhabi. "The combination of Banque AIG's broad product mix and focused, solutions-based approach is truly unique. I am convinced that our platform is well-positioned to develop a successful, long-term presence in the Middle East region," said Mr. Homoud.

"Fawaz's experience both on the buy and sell side and his knowledge of the region provide a valuable addition to our team," noted Mauro Gabriele, President Directeur General of Banque AIG. "We look forward to working with him to provide market-leading financial solutions to corporate, sovereign and institutional clients throughout the Middle East."

(EIN, Mar 30, 2007, emphasis added). Banque AIG acquired personnel from The Number One Bank In The UAE [they hid it so: Wayback Machine Version] by hiring Mr. Homoud.

The UAE is the number one business partner [they "lost" the link, so here is the Wayback Machine Version] in the middle east and Jebel Ali in Dubai is the US Navy’s busiest overseas port-of-call we must add.

A while back we did an article showing that taxpayer dollars are finding their way to the middle east via AIG bailout money thru other paths.

We can now see, via Banque AIG, that there are multiple pathways from AIG to the middle east.

But since banking is now part of the equation, we can discuss the subject of a "smart grid". That is, money flowing both ways, because banks are a two way connection having connections to and from there.

When we consider that UBS is one of the connections, and that Banque AIG has ending connections at secret accounts in Switzerland, the Swiss hidden account connection is a must for consideration.

One connection lists AIG Private Bank as a player. Notice what the Swiss AIG private bank could offer:


Private Banking in Switzerland is regarded as the safest and most prestigious banking in the world, used by royalty, movie stars, sports stars and the super rich. The services offered by SwissPrivateBank.com are offered to High Net Worth Individuals, Corporations and Businesses.

Remember when Bush II was looking for the "missing WMD" in his office? Well, tons upon tons of cash was also lost. Did it end up with the Swiss on behalf of "General Madoff" one wonders?

Have we found where it might have gone to and/or come from?

There are more AIG companies to consider.
Posted by Dredd at 8:22 AM