This post deals with the confusion MOMCOM has created through propaganda.

It is a confusion that has contributed to causing the populace to be unable to properly contemplate the difference, in the sense of capacity, between the issues "we can't" vs. "we won't".

An astute, long time blogger, poster, and commenter here at Dredd Blog at one time, disaffected, exploded into the nether world over this issue and has not been seen since, after making these comments:

Yes indeed, oil - the concentrated energy of millions of years of sunlight - is indeed the most intoxicating of drugs ... Even if there were a viable alternative(s) on the horizon (which there isn't, nothing even remotely close) ...

(Sickology vs. Penology, comment section). To which I hastily replied:

I can't agree with you there.

That is the feeling any addict has and it is as real as withdrawal or the dread of withdrawal, but it is also an illusion as much as the fear that real pain and discomfort will never go away once withdrawal sets in is an illusion.

We can do it with a plethora of real energy sources as soon as we drop the "alternative" energy, which is oil.

I say there is an alternative energy source, and that it is oil, but there is also a one and only lasting source in the sense that it allows civilization to last along with it.

It is not oil.

The real energy is wonderfully multifaceted and waiting for our minds to grasp and use it abundantly.

(ibid). Then, in response, disaffected appealed to authority, which can be the exercise of false logic:

Well, I'm simply going with the experts in the field (the physics guys), almost all of whom say that there is nothing even remotely close to oil in terms of the amount of useful energy it provides from such a compact source. Which really shouldn't be surprising to anyone. If there were, we surely would have at least discovered it by now.

(ibid). That comment episode clearly included a resort to what those who study logic describe as:

Argument from authority (also known as appeal to authority) is a fallacy of defective induction, where it is argued that a statement is correct because the statement is made by a person or source that is commonly regarded as authoritative. The most general structure of this argument is:

This is a fallacy because the truth or falsity of a claim is not related to the authority of the claimant, and because the premises can be true, and the conclusion false (an authoritative claim can turn out to be false). It is also known as argumentum ad verecundiam (Latin: argument to respect), argumentum ad potentiam (Latin: argument to power), or ipse dixit (Latin: he himself said it).

On the other hand, arguments from authority are an important part of informal logic. Since we

cannot have expert knowledge of many subjects, we often rely on the judgments of those who do. There is no fallacy involved in simply arguing that the assertion made by an authority is true. The fallacy only arises when it is claimed or implied that the authority is infallible in principle and can hence be exempted from criticism.

(Argument From Authority). The argument disaffected presented was "we can't" convert to green/alternative/renewable energy sources because "the experts say so".

Bloggers Randy and Dredd responded: it is not that we can't, the reality is that the authorities who are 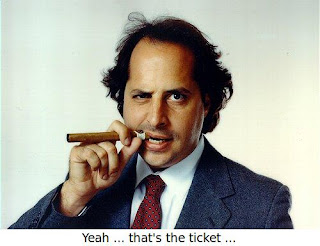 "Once again, you hear what you want to hear. All I'm saying is that any sustainable society that exists post oil will be NOTHING like the one that now exists", which is not what the blogger disaffected had just written a few sentences before.

Blogger disaffected had written "... oil - the concentrated energy of millions of years of sunlight - is indeed the most intoxicating of drugs ... if there were a viable alternative(s) on the horizon ... which there isn't" ... then began diversions away from that statement when confronted.

The reality is that there are several ways out of the addiction to oil, like it was historically with civilization for thousands of years before oil was discovered and substituted for 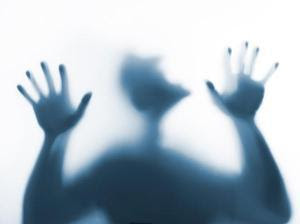 The arts, literature, culture, music, peace, and democratic principles all flourished at various times and places just fine for billions of people for thousands of years.

In numerous locations humanity did fine around the earth well before BP (before Big Petroleum, before Big Pollution, and before Big Propaganda).

In fact, the short time that civilization has been addicted to dirty hydrocarbons (~200 years) can't compare to the thousands of years of healthy civilizations humanity lived in without BP.

That is how the toxins of power propagate after all.
Posted by Dredd at 6:26 AM