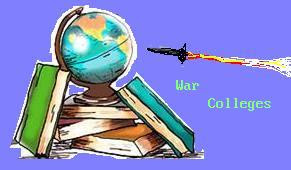 One of the indicators for the current distance to the edge of the demise of current civilization, not unlike the doomsday clock scientists use, is the intensity of, or nearness to, the peak of the oil wars.

It would seem that we are now at the early stages of the oil wars, having been there for about ten years now, but not at the peak yet.

reached when the decision was made at the beginning of the Industrial Revolution to switch to oil as the source of energy.

Flowing inevitably from that decision to become oil addicts to a finite source of the oil drug would be the day of The Peak Of Oil, when the supply begins to constantly diminish in quantity and in quality.

That peak of the availability of oil would then inevitably lead to the typical addict's reaction to any removal of the addict's supply of the drug of choice.

Dredd Blog calls that final reaction The Oil Wars (something like the opium drug wars of old, or the modern Mexican drug wars) on steroids.

Does anyone think it strange that not long ago the "Libyan rebels" were on the run in their rusted-out Toyota pickups, but are now on the road to becoming oil barons?

The "Libyan rebels" took an oil port and are beginning to export oil according to a report today:


Libyan rebels are set for their first oil export as soon as Tuesday as they seek funding to sustain their uprising against Muammer Gaddafi's rule.

The Liberia-flagged Equator tanker was off Port Said, Egypt, early on Monday and is expected to dock at the Marsa el-Hariga crude oil export terminal near Tubruq, in east Libya, on Tuesday morni

ng, according to Lloyd's Intelligence, the shipping industry data provider.

The owner of the tanker, Greek-based Dynacom Tankers Management Ltd, declined to comment when contacted by the Financial Times. Dynacom is Greece's third-largest tanker operator.

Oil traders and tanker shipbrokers said they did not know who had chartered the vessel, a Suezmax built in 1996 capable of carrying about 1m barrels of oil. Qatar last week offered to market the Libyan rebels' oil. At current prices, 1m barrels of east Libyan oil should sell for about $125m.

(FT, and CNN link below). The world knows how dangerous a heavily armed Mexican marijuana/cocaine drug cartel can be.

Do the math and connect the dots.


The United States started out as 13 small and vulnerable colonies clinging to the east coast of North America. Over the next century, those original 13 states expanded all the way across the continent, subjugating or exterminating the native population and wresting Texas, New Mexico, Arizona and California from Mexico. It fought a bitter civil war, acquired a modest set of overseas colonies, and came late to both world wars. But since becoming a great power around 1900, it has fought nearly a dozen genuine wars and engaged in countless military interventions.
...
In 2008, Americans elected Barack Obama in part because they thought he would be different from his predecessor on a host of issues, but especially in his approach to the use of armed force. It was clear to nearly everyone that George W. Bush had launched a foolish and unnecessary war in Iraq, and then compounded the error by mismanaging it (and the war in Afghanistan too).
...
Yet a mere two years later, we find ourselves back in the fray once again. Since taking office, Obama has escalated U.S. involvement in Afghanistan and launched a new war against Libya.
...
Moreover, as Alan Kuperman of the University of Texas and Steve Chapman of the Chicago Tribune have now shown, the claim that the United States had to act to prevent Libyan tyrant Muammar al-Qaddafi from slaughtering tens of thousands of innocent civilians in Benghazi does not stand up to even casual scrutiny.

Another post comes through to support Dredd Blog's theory for the reason Libya has been invaded:

This isn't the distant past. This is a few months ago. Yet now we are told that these people have turned into the armed wing of Amnesty International. They are bombing Libya because they can't bear for innocent people to be tyrannized, by the tyrants they were arming and funding for years. As Obama put it: "Some nations may be able to turn a blind eye to atrocities in other countries. The United States of America is different." There was a time, a decade ago, when I took this rhetoric at face value. But I can't now, because I have looked too deeply into the real actions behind the honeyed words.

(Johann Hari, emphasis added). I noticed that the author said "most of us" do not buy into the propaganda.

That is healthy for a change.

A British periodical indicates that Iraqi oil was discussed prior to the invasion of Iraq:


The Foreign Office invited BP in on 6 November 2002 to talk about opportunities in Iraq "post regime change". Its minutes state: "Iraq is the big oil prospect. BP is desperate to get in there and anxious that political deals should not deny them the opportunity."

After another meeting, this one in October 2002, the Foreign Office's Middle East director at the time, Edward Chaplin, noted: "Shell and BP could not afford not to have a stake in [Iraq] for the sake of their long-term future ... We were determined to get a fair slice of the action for UK companies in a post-Saddam Iraq."
...
The 20-year contracts signed in the wake of the invasion were the largest in the history of the oil industry. They covered half of Iraq's reserves – 60 billion barrels of oil, bought up by companies such as BP ...

(Independent). Oh those darn conspiracy theorists should get a job.

Surprise! Surprise! The rebels in their rusted out Toyota pickups who started the Libya war "to gain their freedom" are selling the Libyan oil to the USA:


The rebel government in control of the eastern part of Libya has made its first sale of oil from territory it controls, the State Department confirmed Wednesday.

Tesoro, a U.S. oil refiner, entered into a deal May 25 with the Transitional National Council based in Benghazi, Libya for 1.2 million barrels of Libyan crude oil, the State Department said in a written statement. The shipment was scheduled to arrive aboard the MT Equator, a Liberian-flagged tanker, at the Single Point Mooring in Hawaii on Wednesday. The dollar value of the deal is not known.

(CNN). Do not, repeat do not think this war has anything to do with oil, it is about broccoli.