In the first episode of Dredd Blog's Jabber the Whut? series, readers were introduced to the perplexing virgin species of reptile leiolepis ngovantrii.

A species that is composed of females only.

Virgin mothers are the sole source of the newborns in that population of reptiles, because Leiolepis reproduces by cloning! ... rather than by "normal, tension-oriented" sexual relations like other "inferior" species:

You could call it the surprise du jour: A popular food on Vietnamese menus has turned out to be a lizard previously unknown to science, scientists say.

What's more, the newfound Leiolepis ngovantrii is no run-of-the-mill reptile — the all-female species reproduces via cloning, without the need for male lizards.

(National Geographic, emphasis in original). In The Virgin MOMCOM post Dredd Blog begins to show that ideological cloning is the somewhat similar method which MOMCOM uses to reproduce, or should we say replicate.

That is, by manipulating the amydala, thus inducing fear and intimidation, MOMCOM spreads across the earth by the practice of hijacking the amygdala of both Americans and foreigners to propagate as an ever growing meme complex.

The camouflage-clothed, doublespeak meme that is used to rationalize and morph the meaning of naked imperialism into "nation building", "the war on terror", or "spreading democracy", reproduces "little democracies".

But the reality is that the entire operation of MOMCOM is an expansion for the empire so as to grab up oil reserves (a.k.a. broccoli). 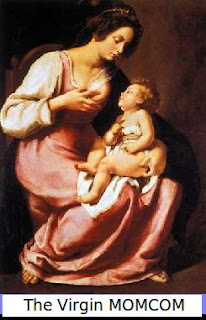 It is a desperate attempt to stave off the inevitable post-peak-oil era, which will be followed by the inevitable collapse of the oil-addicted civilization.

We can easily note that leiolepis ngovantrii is a strange species for evolutionary biology to contemplate, considering Dollo's Law as Dredd Blog did in The Peak of Evolution, and we can easily see that its existence engenders wonder, debate, and contemplation as to which technique of reproduction is the more advanced, in terms of evolution.

Further, considering what form of sanity might co-evolve, as Dredd Blog did in The Peak of Sanity series, the reality of leiolepis ngovantrii presents a difficult mind experiment.

Finally, it ends up that we can much more easily discern the nature of MOMCOM, because history tells us that empires come via war and go via hell on earth.

The next post in this series is here, the previous post is here.
Posted by Dredd at 8:32 AM