The sanctuary of the holy war.

The sanctuary of the jihad.

The sanctuary of sacrosanct military spending.

The sanctuary of the neo - American Religion.


... there’s one huge area of government spending that Democrats and Republicans alike have so far treated as sacrosanct.

(Is The Empress Taking Off Her Clothes?, quoting NY Times). The concept of the holy war is bound to the notion of the virgin birth, re-birth, and the ultimate self-righteousness, a.k.a. "exceptionalism", handed down from antiquity:


A life-death-rebirth deity, also known as a dying-and-rising or resurrection deity, is a god who is born, suffers death or a death-like experience, passes through a phase in the underworld among the dead, and is subsequently reborn, in either a literal or symbolic sense.

(Life-Death-Rebirth Deity). The propaganda of the military's intellectuals, the high-priests of the god of war, is that MOMCOM gave birth to our freedoms, and continues to resurrect our freedoms from death through massive raw military power: 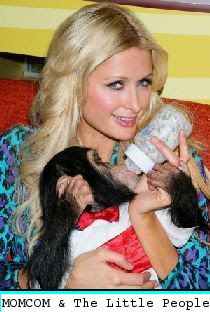 COM gives new meaning to freedom, which is what they claim is their number one product: MOMCOM Freedom.

It is what you get instead of getting your money back. No refunds from MOMCOM.

MOMCOM Freedom is not free, they like to say.

Clearly they are right because their brand (MOMCOM Freedom) costs us more than all the rest of the world combined pay for it. The president, congress, and the judiciary think this is a real bargain, exclaiming "you get the freedom you pay for".

(MOMCOM - A Mean Welfare Queen). The Dredd Blog has often pointed out how the religion of the virgin MOMCOM works:


"Upon enlistment, the first act of a Roman soldier was to pledge obedience and devotion to the emperor. Absolute loyalty to authority and to fellow soldiers was the cardinal virtue, and the Mithraic religion became the ultimate vehicle for this fraternal obedience. The Mithras worshippers compared the practice of their religion to their military service."

(Doing The Right Thing - Mithraism, emphasis in original). The fundamental tenet of the military's religion, which is a modern form of Mithraism, is unquestioned obedience to the power that makes its followers exceptional.

The military bands have more members playing hail to the chief than the State Department has members seeking to improve America's lot in the world.


The Pentagon needed to help Bush II get elected, to save the military oil complex from becoming a class like the military in other countries of the world:

Yes, MOMCOM exceptionalists know that "God Is On Their Side" so they serve with the fervor of the ultimate zealot, plunging the world into one inferno after another.

Meanwhile, "Church attendance" is going down, that is, only 35% support the Afghan war now according to Raw Story (not that MOMCOM cares what the little people worry about).

The next post in this series is here.
The lyrics to the following song can be read here: