The Peak Of Sanity 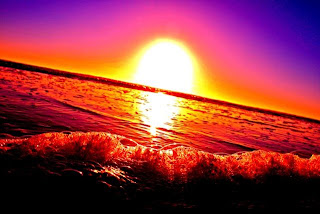 In his book "Peak Everything", author Richard Heinberg points out that civilization is effectively running out of all fundamental resources, not just oil.

This post deals with what authors of that ilk, what government, and what many others understandably leave out: the peak of sanity.

Regular readers here know that The Dredd Blog is known for pointing out that we have reached passed the peak of sanity in the USA, meaning that sanity is on the decline.

While it hasn't been said exactly with the words "The Peak of Sanity", until this post, regular readers know that is the thrust of many, many Dredd Blog posts about national dementia in the USA.

We have even quoted public documents concerning the field of dementia in the USA, which contain the remarkable words:


OUR government is ignoring what is likely to become the single greatest threat to the health of Americans: Alzheimer’s disease, an illness that is 100 percent incurable and 100 percent fatal.

(Your Health Is Their Number 1 Enemy). We go on to say in "Will Elections Cure The Disease", that dementia is even becoming an incurable national characteristic that has forged the domestic & foreign policies of endless wars, financial crime sprees, runaway war deficits, criminal dominion over public money, demise of constitutional values, and feckless administrative, judicial, & legislative reactions.

The situation is made more dire because there is no democratic mechanism, once called accountability, for the people to keep those who are suffering from dementia out of public offices of power.

The voters are increasingly given a menu of rotting ideology to chose from, none of the choices designed to solve the problems, so by and large the exercise is replacing one demented policy with another one.

Thus, the business as usual demise has spiralled out of the control of the citizenry.

The fundamental reason it is out of control is that it really is not recognized, because we use a form of cognition and debate to handle these absolutely monumental problems that simply cannot deal with it:


“We can't solve problems by using the same kind of thinking we used when we created them.” —Albert Einstein

(Brainy Quotes). Or to put it yet another way:


"Insanity: doing the same thing over and over again and expecting different results." —Albert Einstein

(Brainy Quotes). That "form of cognition and debate" is BAU (business as usual), which takes the format: "we have always solved our problems, therefore we will solve these problems", "relax, kick back and enjoy watching your experts at work who will save you", "these things take time", "we are not perfect", "we have formed a commission of those who caused the problem in the first place to solve it", and on and on this insanity spreads.

What is not being factored in yet, even by competent scientists, which I think is going to change, is this impact of national and global dementia on the ability to actually solve the problems.

The pie charts, black board formulae, spread sheets, computer models, textbooks, white papers, and the like, which project the peak of everything, leave out the fact that these looming catastrophic circumstances will affect the psychology of the populace in very negative, cognition jarring ways.

The virtual explosion of individual dementia is a microcosm of the related macrocosm that is happening on a national, and eventually if not already, a global scale.

The lizard brain will arise to blot out the effective functioning of the larger cognitive brain, which does not bode well for this current civilization.

The next post in this series is here.
Posted by Dredd at 5:58 AM