Destroy The Gulf In Order To Save It? 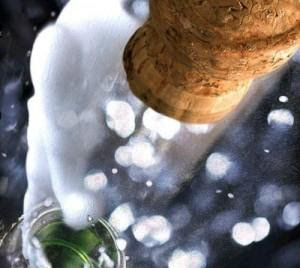 What is happening under the surface in the Gulf of Mexico will become the lingering story.

We now know that BP (big pollution) officials were onboard the ill fated Deepwater Horizon popping champagne corks and celebrating the safety of the rig at the same time the Deepwater Horizon was getting ready to pop its own cork.

The video below explains what some famous undersea explorers have now found out, confirming earlier Dredd Blog threads that "speculated" about the other part of the undersea reality.

We now are sure what the results of the deadly "dispersants" (better called deadly "cover up chemicals") is likely to be.

The original dead zone that existed before Deepwater Horizon even existed has been increased in size, and now as a result of offshore oil drilling, giant underwater oil island monsters have been created, and they are now ominously looking for more and more victims:

Dredd Blog thanks the popular show "Morning Joe" on MSNBC for using the term "Military Oil Complex", a term we think was coined by Dredd, which this blog has now morphed into the term MOMCOM ("Military Oil Media Complex"), which is used regularly here.

The name is valid because the "industrial" portion of the historical "Military Industrial Complex" coined by Eisenhower in the 1950's has faded, big petroleum (BP) has ascended, and they have bought up a lot of big time media outlets.

In our thread "Thanks Bill And Arianna" we explain how some others also point out the bad habits of MOMCOM.

UPDATE: The rap sheet for the criminally insane folks who orchestrated the greatest ecological disaster in the doomed empire's history is chronicled in part here in the spill baby spill history.
Posted by Dredd at 5:37 AM

Email ThisBlogThis!Share to TwitterShare to FacebookShare to Pinterest
Labels: deceit