A Case of Big Oil vs. Climate Change - 2 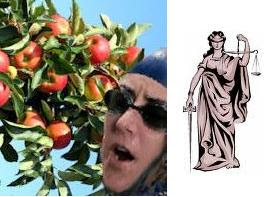 We discussed Comer v Murphy Oil in the first post of this series.

It was a case against big petroleum for being part of the cause of global warming thereby increasing the severity of Hurricane Katrina.

The three judge panel originally hearing the case reversed the district court which had ruled in favor of the oil companies.

The oil companies asked for a full en banc hearing which was granted.

Then one of the 9 judges who were to hear the case recused herself unexpectedly.

The court has now made a very, very strange decision deciding it has no quorum so it dismissed the appeal, in effect reversing the three judge panel even though it said it had no quorum.

The previous post in this series is here.
Posted by Dredd at 9:28 AM