Where Is The Olympiad of Peace Medal? 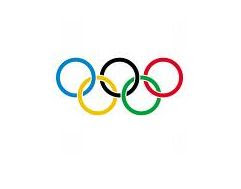 An Olympiad
is a period of four years between games.

Games where nations compete in a peaceful, fair manner.

The youth of the United States are quite good at it, breaking the record for medals won.

They also tend to be peaceniks, and are not so happy with the influence the warmongers have over the Obama administration.

The U.S. has removed peace from every Olympiad so far in the 21st Century.

This century started out with the old status quo folks sending armies around the globe to engage in the business of "bringing peace and democracy" to heathen nations, killing, maiming, and displacing millions.

Enriching the 1% MOMCOM warmongers in the U.S. and abroad, while damaging the optimism of youth and its respect for governance.

The winter Olympic Games give youth a momentary respite from the old warmonger reality, but now we go back into the next war filled Olympiad until the games in 2014 in Russia.

We are into the second year of the summer Olympic Games Olympiad, with two more war filled years remaining until the summer games of 2012 in London.

War, it is what makes fools proud these daze.
Posted by Dredd at 5:13 AM