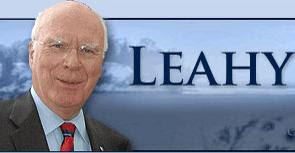 Just last month, a white supremacist opened fire in the National Holocaust Memorial Museum, killing security guard Stephen T. Johns only a few blocks from the Capitol. What a tragedy.

Any hate crime -- even just this one -- would be too many. But in fact, a recent report by the Leadership Conference for Civil Rights found that a hate crime is committed somewhere in America nearly once an hour.

This is a national disgrace. That's why today Senate Majority Leader Harry Reid and I introduced the Matthew Shepard Hate Crimes Prevention Act, long championed by Senator Ted Kennedy, to tackle the scourge of hate crime in America. Our bipartisan legislation has been stalled in Congress for over a decade, but enough is enough: now is the time to finally expand federal enforcement against hate crimes.

If passed, the Matthew Shepard Hate Crimes Prevention Act would strengthen anti-hate crime laws already on the books. Specifically, this long-overdue legislation will:

* Update the law to include crimes motivated by disability status, gender, or sexual orientation; and

* Strengthen federal support for state and local law enforcement agencies in the investigation and prosecution of hate-motivated violence.

Over 300 law enforcement, civil rights, religious, and professional organizations from around the country have weighed in, urging the immediate passage of this measure, as have President Barack Obama and Attorney General Eric Holder. Our legislation also enjoys the bipartisan support of Senator Susan Collins, Senator Olympia Snowe, and others in Congress, but some will likely continue to obstruct its passage unless they hear from us.

With the Senate poised to vote on the hate crimes bill, now is the time to speak out.

It's time to finally enact this bipartisan anti-hate crime legislation, but we need to lock down 60 votes to secure its passage. Please e-mail your Senators today.

The number of hate groups in America ballooned by over 50% between 2000 and 2008, during which time Congress repeatedly failed to send Senator Kennedy's Matthew Shepard Hate Crimes Prevention Act to the President's desk. This alarming trend is simply unacceptable in 21st Century America.

With your help we can finally expand federal jurisdiction over hate crime cases, offer federal protection and support to all victims of hate-motivated violence, and ensure justice is served upon those who commit this exceptionally repugnant form of crime.

P.S. The Senate will decide whether or not to include the Matthew Shepard Hate Crimes Prevention Act as an amendment to the Defense Authorization Bill soon, so please e-mail your Senators right now to avert a Republican filibuster!
Posted by Dredd at 12:47 PM

Email ThisBlogThis!Share to TwitterShare to FacebookShare to Pinterest
Labels: crime