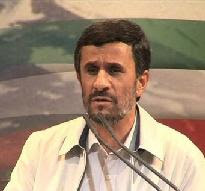 The Iranian election debacle has blown the clothes off some in the election integrity movement who fancy themselves as progressives, but whose political analysis capacity is actually now naked in the face of reality.

They continue to say Ahmadinejad is the good guy, the protesters are the bad guys, and the U.S. is behind the bad guys, so election results be damned.

In other words they are parroting the dictators of Iran, and harming the cause of the demonstrators in Iran who want fair and open elections.

Like the Iranian dictators, they compare Obama to Bush II, and then conclude that Obama and Bush II are the same.

This perplexing phenomenon has been cropping up since the women for choice left Clinton for McCain, who is not for choice, in the last election.

It is the result of cognition that goes awry based upon irrelevant notions; majoring in the minors; and one trick pony polemics.