Hayden Suits Up To Dress Down Obama 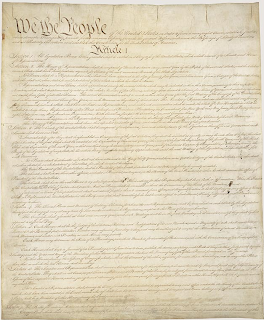 General Hayden appeared on MSNBC today in a suit rather than the usual military uniform to dress down President Obama for releasing what had been previously classified documents. We mentioned these particular documents in a previous post.

Those documents reveal torture practices used by US interrogators on prisoners held at Gitmo, and elsewhere perhaps, during the Bush II regime, of which Hayden was part and parcel.

The General said that Obama was making a mistake by releasing information about how prisoners were going to be treated.

Isn't that what The Geneva Conventions were specifically designed to do? Don't those conventions of that treaty we agreed to decades ago tell everyone everywhere how prisoners will be treated? Exactly how they are to be treated and not treated?

Well then, pursuant to the supreme law of our land, the US Constitution, we are to know this about that treaty:

No General Hayden, it is not a big secret that you are a joke, and that you willfully take part publicly in propaganda as you advocate disobedience to the United States Constitution you have sworn to protect.
Posted by Dredd at 12:25 PM

Email ThisBlogThis!Share to TwitterShare to FacebookShare to Pinterest
Labels: president, spying on america