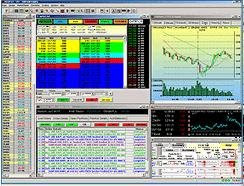 The competition is fierce.

The unemployment rate is straining to hit 8.8% this year.

Meanwhile, bankruptcy filings and Tax Court petitions are going through the roof.

The notes of the Central Bankers of the fed from its last meeting state the following:


All participants anticipated that unemployment would remain substantially above its longer-run sustainable rate at the end of 2011, even absent further economic shocks; a few indicated that more than five to six years would be needed for the economy to converge to a longer-run path characterized by sustainable rates of output growth and unemployment and by an appropriate rate of inflation.

(NY Times, italics added). The current economy is not fundamentally sound in any way, shape, nor form.

This is not quite like the first months of the Bush II presidency in 2001 where there was a $230 billion dollar surplus that had to be wasted fast.

No, now there is an economy that has to be resuscitated quickly. Code red, code red!

Did I mention stratospheric foreclosure rates and plunging property values?

Shall we invade ourselves as a stimulus?

Can you believe it? One trading day later, they did it. And it may get into the 6,000 range this week.