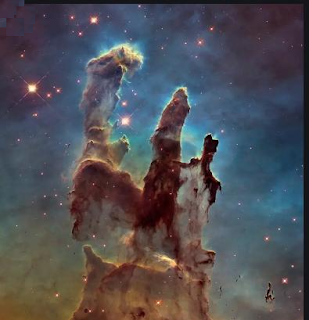 Do any of you know the story of Higgs and his Boson?

Well, Peter is his first name, his song is The Higgs Boson Blues, and the Boson is his game:

"It’s turned into science’s worst-kept secret. Tomorrow, physicists at CERN near Geneva in Switzerland are expected to announce the discovery of the Higgs boson, the culmination of a 50-year quest to find the elusive particle that gives others their mass. Here’s how they got there."

(What Higgs Boson?). I know how he feels, which is an old feeling many have felt when we advance things that have not yet been approved by Godzilla of the Space Force.

Somebody has to be in charge of pseudo science (What Is Pseudo Science?) eh?

Oceanographers have not yet fully grasped the significance of the photon transfer of "ocean heat", and may not know that "ocean heat", like its ancestor "solar heat", travels in space, and even in water.

But what about the billions of miles and years it takes to travel from stars thru "empty space" to where you are, to where the water is (You Are Here)?

Put parentheses around it "Big Bother".

Anyway, how would infrared heat (ocean heat in the great deeps) flow from warmer water into the cold ice?

Hey ... I've got the Infrared Photon Blues, because staid science does not think "The Fifth Ocean" (the latest) has ice melt (Antatctica 2.0, In Search of Ocean Heat).