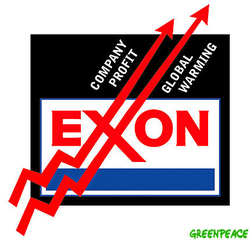 Many American people are walking around who participated in and/or advocated torture.

They are immune from prosecution even though they violated the law.

Others who committed war crimes are likewise immune from prosecution.

"Too big to jail" and "too big to fail" are other ways of saying "immunity."

Many people who do not take Civics or American Government classes during their education will not understand the concept of "sovereign immunity."

This is offered to replace the more difficult way, which is "follow the money", because that way has become very difficult, what with all the secret offshore banking systems that are now operational:


The mantra for such investigations used to be "follow the money", but (since that requires looking into offshore banking systems) for we amateurs there is an easier mantra: "follow the immunity."

Ask "who has committed these crimes against the American people and their Constitution?"

Then list their names, and then finally ask: "have they been held accountable?"

If not, follow their dealings and their associates through the shadows, because since they are immune from prosecution for their crimes they have committed with impunity, they are in with those who have pulled off the coup (A Tale of Coup Cities - 4).

(ACLU vs. Clapper, Alexander, Hagel, Holder, and Mueller - 3). Take for example, Dick Cheney, who still brags about torture in public, but fears no prosecution, even though no prosecution is known to be error (see On The Recent Condemnation of Torture - 2).

Cheney is immune, which means he is above the law, and he knows it.

Check out his associates who have left the U.S. to move their headquarters to the U.A.E., no longer paying taxes in the U.S.A., yet still benefiting from war profiteering contracts (see MOMCOM: The Private Parts - 5).

There is a new, unseen immunity from the Constitution and Laws, which means a nation of the "too big to jail" rather than a nation of laws (see The Battle of Immunities & Diseases and When Accountability Is A Plague).

The next post in this series is here.
It's Alright MOMCOM (I'm only the people)