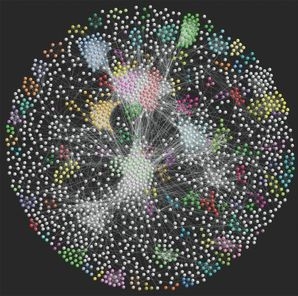 Some of the most stupid science wars are not battles between Creationists vs. Evolutionists.

All too often they are between scientists and other scientists.

Scientists can very religiously protect what they believe is an attack on the dignity of science, and in so doing can look more wacky than religionists do from time to time.

Note the example of a doctor who had revolutionized gynecology:


If you could ask Ignaz Semmelweis he just might say pseudoscience is "the kind of science that rejects the obvious, then has a violent reaction towards those who don't reject the obvious":


Semmelweis's observations conflicted with the established scientific and medical opinions of the time and his ideas were rejected by the medical community. Some doctors were offended at the suggestion that they should wash their hands and Semmelweis could offer no acceptable scientific explanation for his findings. Semmelweis's practice earned widespread acceptance only years after his death, when Louis Pasteur confirmed the germ theory. In 1865, Semmelweis was committed to an asylum, where he died of septicemia, at age 47.

(Ignaz Semmelweis, emphasis added). Galileo or Copernicus would have similar notions, as would modern scientists who also experienced blinding bias during their scientific careers.

(What Is Pseudo Science?). You might think "that was a long time ago Dredd, things are different now."

It was a long time ago, and maybe things are better now, but that beat goes on:


Notably, before Stanley Prusiner, a neurologist, stood his ground in the 1980s insisting that dementias could be caused by nucleic acid-deficient infecting agents, virologists were adamant in their belief that these strange diseases were caused by “slow viruses.” Emphasis was on the “slow.” Furthermore, dogma at the time held that “conveyers of transmissible diseases required genetic material composed of nucleic acid (DNA or RNA) in order to establish infection in a host,” Prusiner writes.

Prusiner lost both his promotion to tenure at the University of California San Francisco and his Howard Hughes Medical Institute (HHMI) grant by stubbornly defending his then heretical belief that “proteinaceous infectious particles“—or “prions”—could underlie inherited, as well as communicable, diseases. Such dual behavior was unknown and thus unthinkable at the time. “Virologists were generally incredulous, and some investigators working on scrapie and Creutzfeldt-Jakob disease were irate.” Prusiner got even at the Nobel Prize ceremony in 1997 and cautions in his autobiography: “While it is quite reasonable for scientists to be skeptical of new ideas that do not fit within the accepted realm of scientific knowledge, the best science often emerges from situations where results carefully obtained do not fit within the accepted paradigms.”

(Oddly Microbial: Prions, emphasis added). Prusiner and crew have gone on to show that some mental impairment is transmittable (ibid), which is a great help to our nation, because we have a problem with mental diseases:


One of the more well known mental diseases of that particular group can even be deadly:


Some researchers are convinced that, whatever its cause, Alzheimer's disease is essentially an inflammatory condition, similar to rheumatoid arthritis ... there is no cure ... According to a report released in June 2001 by the Center for Disease Control and Prevention, Alzheimer's disease was the 8th main cause of death in the USA in 1999, rising from 12th position in 1998.

(Dementia). A realm of medicine called Etiology looks for the root cause or origin of such diseases.

(Etiology of Social Dementia). In that series, so far ending here, Dredd Blog explores the notion that propaganda could be a source for initiation of some dementia.

Prions are "oddly microbial", so we wondered if there could be a link to another wide-spread mental problem:


Recently, scientists discovered that even humans and microbes are symbionts, and in fact humans can not reproduce without them.

One can surmise that the K-T boundary extinction event was globally traumatic, since ~90% of land species, including dinosaurs, bit the extinction dust, as did perhaps ~50% of ocean species.

How did the remaining microbes react?

Since the utter destruction and catastrophe caused by the K-T boundary extinction was globally extreme, the microbes that survived would have been extremist types for the most part, otherwise they would have been unable to exist in those new extreme conditions.

The subsequent extreme events of taking over control of mammalian female placenta, establishing a virgin species, or perhaps engendering the adaptability of newts, may have been microbial reactions to the extreme trauma of the K-T boundary extinction event.

The spurious activity caused by any such trauma may explain why not all mammals, for example the rabbit, need those microbes to reproduce.

Evidence, in the form of the oldest rabbit fossil yet found, shows that it originated after the time of the K-T extinction event.

The rabbit, and species close to it, are not like other mammals such as the gorilla, monkey, orangutan, or human, which must have microbe (viral) help in order to reproduce via a functional placenta.

(Are Microbes The Origin of PTSD?). It is not unthinkable if we consider it along with one current scientific hypothesis about cancer possibly being caused by ancient microbes:


“Cancer cells are ancient alternative organisms, living protozoan-like fossils, foreign to their hosts because of deep origins elsewhere,” says oncologist Mark D. Vincent from the University of Western Ontario in Canada. They are, he asserts “In the body but no longer of the body,” and therefore deserve a radically different taxonomy. This isn’t a new idea but one taking on increasing relevance with the dismal failures of one onco-therapy after the other.


Moreover, because every cell in all domains living on the planet today has ribosomes, it is likely that the Last Universal Common Ancestor (LUCA) had them as well. “Thus,” Yarus adds, “it’s reasonable to conclude that the RNA world came before the invention of proteins and lies behind the root of the tree; before the time of LUCA.”

(Oddly Microbial: Ribocytes). Thus, they have been through five or so Mass Extinction Events, and have therefore been through different catastrophes and have experienced very different lives and environments:


Life in a high-pressured environment with practically nothing to eat might be ok for high-fashion models, but it’s an unlikely lifestyle choice for a single cell whose usual overriding goal is to become two cells. Yet the largest living ecosystem on Earth—the deep biosphere—is comprised of microbes so energy starved that the average cell divides only once every thousand or even several thousand years.

Even what these cells are is unclear because they are so different, so distantly related to any of our usual microbial strains, they can’t be typed. Moreover, there isn’t an expert consensus about whether cells in the deep seabed are really “alive” and metabolically active, dormant, or, perhaps, even dead, according to Bo Barker Jørgensen, Director of the Center for Geomicrobiology at Denmark’s Aarhus University.

However, research by Morono et al. in 2011 provides convincing evidence that most of the deeply buried cells are indeed alive, says Jørgensen. When a banquet of isotope-labeled glucose or amino acids was put before them, 76% assimilated the rare delicacies and did so up to 1,000 times faster than is typical for deep seabed microbes. Thus, Jørgensen also reasons that, because they wake up so quickly when dinner is served, dormancy is probably not a good explanation for how most of these organisms survive the harsh conditions under the ocean floor.

Most of the oldest deep-sea cells so far studied are still dining on the remains of fish, algae, and the like that sank out of the paleo-ocean in the distant geological era of the dinosaurs, got buried deep down in the seabed, and have been slowly degrading ever since.

(Oddly Microbial: 86 Million Year-Old Deep Seabed Mystery Cells). When evolution is considered from too recent a framework, much of the mystery of mass extinctions and their impact on life forms living through them can be missed.