The photo to the left shows the modern oil drilling rig of MOMCOM, christened The Liberty Cathedral.

Anymore, the essence of the oil wars is the use of these new-age "oil derricks" (a.k.a. drilling rigs) to bring home the "go juice" for the smokers.

It is so yesterday to go deep into the dangerous, murky, offshore waters using the old style drilling rigs like the Deepwater Horizon!

Besides, when workers are inevitably killed on those old fashioned rigs, they draw attention to you, make you want your life back, get you sued in court for wrongful death, and make you look bad in front of the wee people.

Not only that, the wee people remember with their very eyes that all forms life on the Earth are being polluted and killed by your oil gushing into the pristine waters of the Earth, and you naturally lose your good reputation (which you paid for with the very best of plundered money), yes, the best propaganda induced reputation that laundered, stolen, and looted taxpayer money can pay for.

Not only that, during oil spills you get scolded by your own bought and paid-for politicians who need to deceive the electorate into believing they have this pig rig under control.

But now things have changed, a new era is dawning, because the new well oiled war machine is glorious in war, collateral damage is not such a no-no, and all you have to do is invade a few demonized dictators to perpetuate the glory daze.

It is a plan with god on our side, so let's roll and let's face it, any more in this modern world of Oilah Akbar, oil is where you take it. 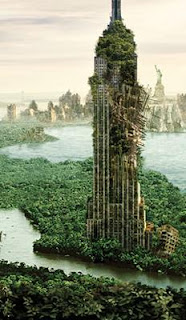 Who wants to waste all that time and energy with drill baby drill, when all it takes is a little kill baby kill, a boatload of propaganda, a paid for congress, president, and judiciary, and a little invasion now and then?

Now that global warming denial is the religion of the worshipers of the "great" Oilah Akbar, now that the spirit of oil is in our very being, our food, and our ride, it makes the worship much more easy to come by.

Praise the prophets profits of Oilah Akbar, which the high priest in chief foretold.

We will deal with the catastrophe that green house gases are bringing with a new TV series called Children This Ends Well.

It is a Shakespearean sort of play starring Derrick Firestorm with a plot about a sick society "getting well" by ignoring reality, and with a sub-plot about volunteer soldiers of fortune drag racing out on Highway 61.
Following are a couple of videos about war and those in the 1% who promote war for their own profiteering: