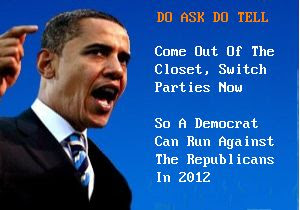 No doubt many thought Dredd Blog was over the top when we asked the question in the first post of this series, concerning whether or not Obama would run as a Republican candidate in 2012.

Now, some main stream newspapers and journalists are chiming in with what Dredd Blog was pointing out back before Obama officially declared as a Democrat recently.

Nevertheless, Dredd Blog is still unconvinced, so to bolster the case we refer to the words of the mainstream media:

Perhaps this is just the logical endpoint of two years spent arguing over what Barack Obama is — or isn’t. Muslim. Socialist. Marxist. Anti-colonialist. Racial healer. We’ve obsessed over every answer except the right one: President Obama, if you look closely at his positions, is a moderate Republican of the early 1990s.

(Washington Post, emphasis added). Thus, as Dredd Blog has pointed out in other posts, the democrats who are a kinder gentler nation have no candidate, 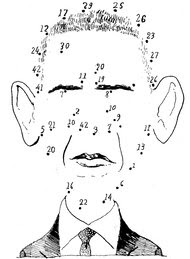 because the new way of American politics is Government A La Carte.

In the U.S. anymore there is a two-party system in name only because the policies go in one direction, The W Direction, which is all down hill.

He has bought into the Bush II fiasco by not rejecting the wrong direction, the W direction, of the right wing fanatics who are destroying this nation.

The loony tunes that are running against him have been planted there to keep Obama in power, so the elite 1% can continue to lower their taxes and steal from the public.

Presidential elections are a facade in the USA in this era of criminal insanity.

The changes in Cabinet and CIA personnel do nothing to dissuade me of my opinion that The W Direction will be our foreign and domestic policy all the way down.

Even some republicans would not vote for Obama because Obama is a warmonger who only "wants to look good":

However, a president does have broad powers over ... our military and the decisions that effect foreign policy. This is one reason, I think, that so many presidents end up playing toy soldier and rushing our young men and women off to one war after another. Obama was able to start a war in Libya without any US input at all. All it took the Bush administration to launch a massive invasion of Iraq was a bunch of propaganda about WMD’s and the congress critters followed along eagerly, while the radio talking heads and the majority of mainstream media outlets complacently parroted one untruth after another.

(Forbes, E.D. Kain). What is "funny" is that the ultimate destination for Obama's direction is to be compatible with the T-Party.