Due Process Of Law Is A State Secret - 2

In the previous post in this series, and in other posts, we have noticed that the graphs are astoundingly clear. 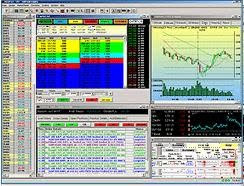 icians, try to make it worse so as to win elections, and then lie about all of that.

The paranoia the government spouts infects the rest of us, so there are indications that our empire has passed the peak of sanity.

As it turns out now, Country Joe & The Fish had a lyric that probably sums this attitude up:


"Well there ain't no time to wonder why,
Whoopee! we're all gonna die."

(Variations On A Theme). Now we head into the winter with a chill on the congress, a chill on those whose unemployment benefits are going away, and a chill on the wealthy who want a big fat tax cut for xmas.

The previous post in this series is here.
Posted by Dredd at 6:18 AM