Banker Jekyll Will Hyde Your Money - 6

In this series we have been dealing with the things the public does not know about the way the banksters have conducted themselves in closed, smoky back rooms where "the real deals are made".

Now we focus on one of the many aftermaths of that debacle, the Mortgage Electronic Registration Systems, Inc. (MERS) potential catastrophe:


The growing furor in the United States over improper foreclosure documents is focusing intense attention on MERS, a mortgage-record service company that tracks more than 60 million mortgages. 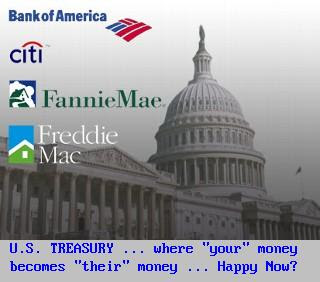 Mortgage Electronic Registration Systems has filed thousands of foreclosure actions around the country on behalf of lenders. Its right to do that is under challenge. Several courts around the country recently have ruled that MERS lacks the right to file such cases. Federal regulators say they are investigating its role. On Tuesday JPMorgan disclosed that it had stopped using MERS.

(Reuters, emphasis added). I read some depositions of MERS officials to come out with the impression that it borders on sham, has a fundamental flaw in its concepts, and should be avoided until massive repair is done.

I don't like the avoidance of the filing of deeds and such in county records of the state where the real property is located, because that system is far more safe and secure.

The officials under oath intimated that one of the purposes of creating MERS was to avoid state filing fees, but a closer look indicates that there is more to it than that.

The potential catastrophe caused by this drive-thru McMortgage approach is made apparent by the fact that state laws govern much of the scenario, and those state laws can vary:


MERS was convenient for the mortgage industry, but courts are now questioning the impact of all of this financial juggling when it comes to mortgage ownership. To foreclose on real property, the plaintiff must be able to establish the chain of title entitling it to relief. But MERS has acknowledged, and recent cases have held, that MERS is a mere “nominee” — an entity appointed by the true owner simply for the purpose of holding property in order to facilitate transactions. Recent court opinions stress that this defect is not just a procedural but is a substantive failure, one that is fatal to the plaintiff’s legal ability to foreclose.

That means hordes of victims of predatory lending could end up owning their homes free and clear — while the financial industry could end up skewered on its own sword.
...

The latest of these court decisions came down in California on May 20, 2010, in a bankruptcy case called In re Walker, Case no. 10-21656-E–11. The court held that MERS could not foreclose because it was a mere nominee; and that as a result, plaintiff Citibank could not collect on its claim. The judge opined:

(Power Teams). A case in The Supreme Court of Maine is to the same effect, meaning this is an issue that is as serious as a heart attack. 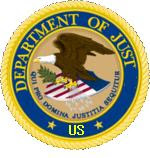 A blog The Home Equity Theft Report specializes in these and similar issues, and Huffington Post has a post discussing other effects of the problem.

There is little wonder why a Gallup Poll shows that about half of the country thinks the federal government (a.k.a. Department of Just Us) is a danger to the well being of American citizens.

Perhaps this is a Pogo moment for the government to realize that all these endless wars should cause some self-reflection to come up with the realization "we have met the enemy and it is us".