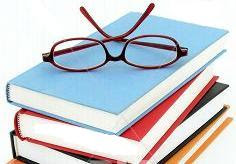 This blog reported the results of a congressional inquiry which came to the conclusion that the U.S. government was responsible for the bad American reputation in the world, so lets revisit the subject.

Bush II had told Americans that the reason we were hated was because the world did not like our freedoms:

Americans are asking, "Why do they hate us?" They hate what we see right here in this chamber — a democratically-elected government. Their leaders are self-appointed. They hate our freedoms — our freedom of religion, our freedom of speech, our freedom to vote and assemble and disagree with each other.

(Decline of U.S. Reputation - Why?). Later evidence revealed the shocking reality, still being denied today, that while Bush II was telling that lie with a straight psychotic face in 2002, he knew that he had already approved a program calling for the torture of detainees, and he had already decided to invade Iraq.

The experts who testified for 10 days in those congressional hearings led congress to a different conclusion:

The data presented at these hearings make it clear that people in other nations don’t “hate us because of our values”— but rather that they are disappointed with us because we aren’t always true to those values.

(ibid, bold in original). Some representatives of the people did not buy into the Bush II lies, even during the daze of 9/11 fogginess, and foretold exactly what was going to happen to us as a people if we listened to those lies.

Scholars and other observers around the world were eventually dumbfounded at the brain dead lack of response to the 9/11 fog of fear and lies on the part of American scholars who to this very day still do not get the picture.

The picture is that other nations also lost citizens on 9/11, and therefore have valid rights to investigations about the deaths of their citizens.

If the neoCon Bush II administration had any class they would have included on the 9/11 Commission an official from each country that lost citizens on 9/11.

When we have the new and real 9/11 Commission, we should do that to honor the other sovereign nations of the world, and the memory of their 9/11 dead.

Our media and scholars especially do not consider what the rest of the world saw and still sees with respect to the events of 9/11, compared with what American media and administrative scholarship saw and sees.

This is documented by an expert on administrative scholarship in the United States:

The eerie correspondence between (a) the evacuation of material evidence at Ground Zero prior to complete forensic investigation and (b) the similar evacuation of detainee right to present "the body" before independent magistrate, coupled with transgression by the United States of United Nations laws prohibiting violation of sovereign bodies (and states), has garnered no substantive analysis and/or commentary among policy analysis and public administration scholarship investigating the relevance of civil liberties to democratic public administration and policy making. Perhaps noteworthy in this regard, the putative scion of radical and intellectual journalism, The Nation magazine, mostly only disparaged the 9/11 Truth Movement, pinning it only derisive, high-handed insinuation of paranoia (cf. Haynes, 2006). The same was carried about around the same time by The New Yorker magazine (cf. Lehmann, 2006) upon mounting demands for greater investigation into the events leading to and after the 9/11 incidents, demands called for by, among other parties, families of the Towers' victims.

(Pretending Not to See or Hear, Refusing to Signify: The Farce and Tragedy of Geocentric Public Affairs Scholarship, pages 929-31, American Behavioral Scientist Journal). During the Bush II fiasco it is as if we became dazed, myopic, then dropped out of the world community to join a gang of thugs.

The dazed cognition spread far and wide within academia and the media, in trickle down fashion from the government.

Eventually there had been hope, upon the successful struggle to vote out the neoCon fascists, that things were going to go in a different direction.

Two elections later that hope is fading into the fog as reality is still being resisted in the media, politics, and in the decline of scholarship.

Even some progressives have been contaminated with fascist government motivation, and are dutifully mimicking the ways of oppression fascists go by.

Likewise, the Obama Administration followed in many of the fascist traditions of Bush II, so it looks like a sea of change really is ongoing in the United States like the campaigners promised.
Posted by Dredd at 3:06 AM