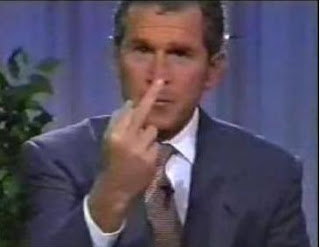 A day or so ago a distinguished group of scientists determined that the theory which says a piece of an asteroid became a meteorite which caused the extinction of the dinosaurs was more likely to be reality than the competing theory.

The competing theory had been that volcanism, in the form of hyperactive eruptions in India, caused the dinosaur extinction.

What do State Crimes Against Democracy (SCAD) have to do with a chunk of asteroid that destroyed the dinosaurs?

The answer is: a brave individual.

The brave individual, about 50 years ago, noticed that the scientific community was kowtowed, afraid, and timid about even seriously considering the theory that a chunk of asteroid caused the extinction of the dinosaurs.

Simply put, he noticed that there was tyranny of dogma within the scientific world, and that such tyranny would lead us to a bad place.

Therefore, "de Grazia dedicated the whole September 1963 issue of American Behavioral Scientist to the issue" concerning the part that catastrophes, like the chunk of asteroid (meteorite) strike, have played in the evolution on this planet.

They focus on the current mob psychology the scientific, scholarly community is displaying by being obviously kowtowed, timid, and intellectually afraid to address the 800 pound gorilla in the room concerning the 9/11 Commission Report.

As a teaser, check out the kind of energy this nuclear issue is going to bring to the table:


The first step toward SCAD detection and prevention is facing up to the nature and magnitude of the threat. Recently, many mainstream scholars and journalists have concluded that American democracy is becoming increasingly corporatist, imperialistic, and undemocratic ...

However, mainstream authors have seldom considered the possibility that authoritarian tendencies in American politics are being systematically engineered by top-ranking civilian and military officials. Rather than thinking in terms of high crimes, their diagnoses have blamed abstract institutional weaknesses or isolated failures of leadership.

In contrast, the upshot of the foregoing analysis is that SCADs are surface indications of a deeper, invisible level of politics ... in which officials at the highest levels of government use deception, conspiracy, and violence to shape national policies and priorities.

(ABS, Vol. 53, No. 6, page 818). Those who frequent the Dredd Blog System sometimes read articles that are ahead of the mainstream scholarship on this issue.

We have studied the teachings of our forefathers, pointing out the danger to all people who step into the realm of power, while repeatedly pointing out how American democracy can become extinct like the dinosaurs did.

Stay tuned, this blog system is going to do various reports on that issue of ABS, discussing the serious issue of SCAD.

The next post in this series is here.
Posted by Dredd at 7:14 AM