The Bubbling Up To Rude Awakening 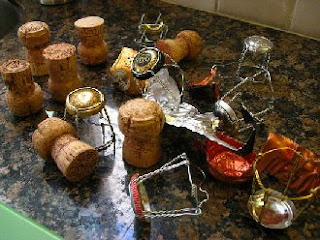 A party was going on, the pops of champagne bottles being opened could be heard in the background.

There was music in the air, and everyone was jubilant because they had finally won the global warming war, according to their leader Senator Inhofe.

Victory had been declared and a party called for because a scientist or two had done some spin to some climate data.

Wouldn't it be nice if that was reality, that all we had to do was think something was so and it would become so?

Global warming and global climate change gone because we wished, then clicked our heals like Alice, and poof shazam the global problem was gone.

In the morning when the party goers awoke with head aches, scientists doing real world scientific work in the north called in to say "Houston, we have a problem":

A section of the Arctic Ocean seafloor that holds vast stores of frozen methane is showing signs of instability and widespread venting of the powerful greenhouse gas, according to the findings of an international research team led by University of Alaska Fairbanks scientists Natalia Shakhova and Igor Semiletov.

The research results, published in the March 5 edition of the journal Science, show that

the permafrost under the East Siberian Arctic Shelf, long thought to be an impermeable barrier sealing in methane, is perforated and is leaking large amounts of methane into the atmosphere. Release of even a fraction of the methane stored in the shelf could trigger abrupt climate warming.

Methane is a greenhouse gas more than 30 times more potent than carbon dioxide.

(Science Daily, emphasis added). While Inhofe, Beavis & Butthead, and the others in the Gang of Deniers in the U.S. Senate, fiddle with watering down out of existence the Cap & Trade 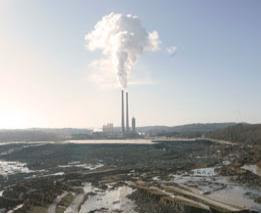 legislation, the global warming that has already taken place has unleashed a monster 30 times more powerful than carbon dioxide.

The Cap & Trade circus does not even address methane, and even if it tried to, methane in the Siberian area is untouchable by cap and trade dreaming.

Meanwhile, that one Siberian location alone, in its early stages of breaking up, is now releasing as much or more than the rest of the oceans of the world combined.

Meanwhile, leaders who live near the Siberian area are as clueless and as helpless as the congress when it comes to even thinking there is a problem in the first place.

McClatchy has a disturbing report about death in the ocean caused by low oxygen levels.

These could be one effect of the 5 garbage gyres polluting the oceans of the planet.
Posted by Dredd at 6:44 AM