One of the definitions of "cult" is: "an instance of great veneration of a person, ideal, or thing, esp. as manifested by a body of admirers"; a synonym for cult is: "party".

In the world of memetics, it is called a "meme-complex".

When we add the word "secrecy" to these descriptions, we derive "secrecy cult", "secrecy party", 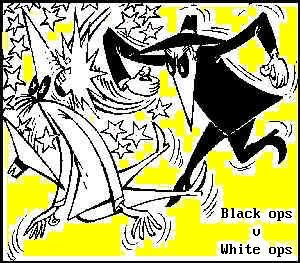 The structure of the construct denotes an affinity to secrecy.

Like most issues, there is good secrecy and bad secrecy.

At first blush a statement, made by a person who is well versed in the many and varied complications of the bizarre secrecy world, seems to be comical:

(Donald Rumsfeld, Secretary of Defense). But one legal scholar indicates that the comment is less comical than it appears, at first blush, to be:

Their obscurity in the literature is surprising. The proper scope of government secrecy is a classic question in legal and political theory. In recent years, the question has taken on special urgency. New technologies and new adversaries have increased the potential costs of disclosing government-controlled information, at the same time as the rise of online media, changing social norms, and a worldwide “transparency lobby” have increased the demand for it. The Bush administration aggressively challenged the gains of the open-government movement and linked these efforts to an extreme vision of executive power. The use of state secrets appears both more pervasive in practice and more discredited in the public mind than at any point in history. Across many parts of the globe, there has never been such popular and academic interest in separating out legitimate secrecy from illegitimate secrecy.

(Deep Secrecy, David E. Pozen, emphasis added). The reason for the struggle for open government is no secret, it is because democracy dies when there is no accountability due to secrecy.

The main stream media is part of keeping the details secret when the government tells them to, as is shown over and over again by their 9/11 denial psychological problems.

We know what truth the main stream media can't handle:


Does Farmer have cooperation and agreement from other members of the Commission? Yes. Did they say Bush ordered 9/11? No. Do they say that the 9/11 Commission was lied to by the FBI, CIA, Whitehouse and NORAD? Yes. Is there full documentary proof of this? Yes.

Farmer [9/11 Commission Official] states ...“at some level of the government, at some point in time … there was an agreement not to tell the truth about what happened ... I was shocked at how different the truth was from the way it was described …. The [Norad air defense] tapes told a radically different story from what had been told to us and the public for two years. This is not spin.”

The 9/11 Commission head, Thomas Kean, was the Republican governor of New Jersey. He had the following to say ... “We to this day don’t know why NORAD [the North American Aerospace Command] told us what they told us, it was just so far from the truth ... " When Bush's own handpicked commission failed to go along with the cover up and requested a criminal investigation, why was nothing done?

In 2006, The Washington Post reported ... "Suspicion of wrongdoing ran so deep that the 10-member commission, in a secret meeting at the end of its tenure in summer 2004, debated referring the matter to the Justice Department for criminal investigation, according to several commission sources. Staff members and some commissioners thought that e-mails and other evidence provided enough probable cause to believe that military and aviation officials violated the law by making false statements to Congress and to the commission ..."

What does Farmer's book tell us? Farmer offers no solutions, only a total and full rejection of what was told and his own his own ideas concerning the total failure of honesty on the part of the government, a government with something to hide.

(Salem-News, emphasis added). Criminals inside and outside of government thrive on secrecy, because without evidence there is no criminal case against them, no accountability, thus, without accountability the criminal enterprise grows to the demise of the nation.

The next post in this series is here.
Posted by Dredd at 7:00 AM