The United States of Europe 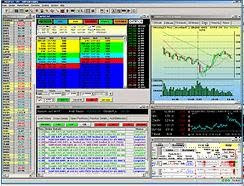 The European Union is doing better and better these days.

One can't help but wonder if it is the future home of the United Nations.

Or perhaps the new home of the new world currency which could replace the U.S. dollar.

Some of the myths about Europe we cling to are falling by the wayside:


As the 20th anniversary of the fall of the Berlin Wall arrives next week, Europe finds itself more united, prosperous, and secure than at any time in history. EU members have become some of the planet's most adroit globalizers, opening themselves to the world while keeping in place their extensive social services—Germany alone exports as much as China. The continent has also fared better than expected in the downturn. Europe's unemployment rate now bests America's, and France and Germany managed to escape the recession faster than the United States.

Things look almost as good on the political front. In the years since communism ended, the EU has doubled in size, and its population will pass 500 million next year. The Union, often decried as dysfunctional, has reached another important milestone: the Lisbon Treaty, a quasi constitution that streamlines decision making, has just been approved by the last of the 27 members. Its passage will curtail the veto that gave even tiny members the ability to block major projects, and will create a new post of EU president, who will be empowered to speak on the Union's behalf.

(Newsweek [link removed, so see Wayback Machine version (stop page load after photo loads so it does not jump), or go here, here, here, and/or here], emphasis added). Germany alone (1 out of 27 members of the EU) exports as much as China? Time to start to think about French Fries again instead of Freedom Fries wouldn't you say?

The next post in this series is here.
Posted by Dredd at 2:03 AM