The "You Had To Be There" Psychology 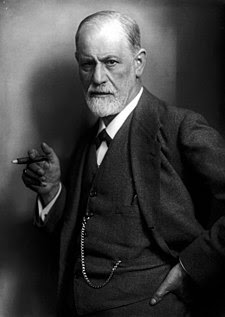 In "100 Yrs of Psychotherapy..." it is argued that social evils between, within, and among nations is not improving as a result of the practice of psychoanalysis.

In fact, it is argued that it is social evil that is growing and getting worse.

In short it is argued that psychotherapy is not having a broad impact on human endeavour at the mover and shaker level.

Nevertheless, the psychoanalysis practised by professionals can and does make some interesting reading and produce some helpful scientific tools.

Much more proliferate than that, however, in our modern society is "pop-psychology" or bumper sticker psychology; and following closely on its heals, "pop-psychoanalysis" with its "pop-cures".

According to Richard A. Clarke, the Bush II regime apologists are advancing some pop-psychology, some bumper sticker psychology, to justify torture, stupid wars, and the creation of The Department of Just Us, to mention a few.

Clarke does not buy into the bumper sticker self-analysis which the bushies are now "sharing" after their recent excursion into the "know thyself" realm:

Yet listening to Cheney and Rice, it seems that they want to be excused for the measures they authorized after the attacks on the grounds that 9/11 was traumatic. "If you were there in a position of authority and watched Americans drop out of eighty-story buildings because these murderous tyrants went after innocent people," Rice said in her recent comments, "then you were determined to do anything that you could that was legal to prevent that from happening again."

I have little sympathy for this argument. Yes, we went for days with little sleep, and we all assumed that more attacks were coming. But the decisions that Bush officials made in the following months and years -- on Iraq, on detentions, on interrogations, on wiretapping -- were not appropriate.

(Washington Post, emphasis added). Clarke was there, we were there, and millions of other Americans were there.

But being there did not turn us into war mongers or torture freaks as it seems to have done to the bushies.

They did what America has stood against for hundreds of years.

Their minds had not improved with modern education, modern psychoanalysis, nor all the rest that a modern society can bring to an individual; an individual who is really sincere about some of those good things.

Their pop-psychoanalysis of themselves will not pass the test of time.

The good news is that they are not stuck with the brain they have, no one is.
Posted by Dredd at 7:41 AM